Yukino Mayuzumi is a student at St. Hermelin High School in Persona and an assistant photographer in Persona 2.

In Megami Ibunroku Persona, Yukino wears the female St. Hermelin uniform, though she has a longer skirt than the other students. She wears her hair short, a carry over from her days as a delinquent.

In the Persona 2 duology, Yukino wears a gray jacket which features ornaments of "armor" motif over a black shirt, and yellow sweatpants. Her hair has grown out, becoming somewhat curly, and she wears a gray hat branded "Ostrich" (as a reflection of this, her default headwear is called "Ostrich Beret").

She was an ex-yankī who was reformed thanks to the efforts of her teacher Saeko Takami. Though she hasn't shed her yankī looks just yet, Yukino is well-recognized and trusted by the student body, acting as a mother figure of sorts to her friends. She is oftentimes the straight man during sillier moments, often pointing out the absurdity of some of the fantasy-like aspects of the events in the first game, sometimes getting close to fourth-wall breaking. Even though she is one of the more mature and level headed members of the party, Yukino can still be quick to anger and a little vulgar when people or things she cares about are threatened.

In Persona 2: Innocent Sin she is still dearly holding the memory of her former teacher Ms. Saeko, who rescued her from a life of crime, and due to that Yukino is compelled to do the same for another student who seems like she is about to embark down the same path, Anna Yoshizaka. She harbors a deep-seated crush for Fujii, and tries to disguise her tomboy traits in his presence.

"Trusted by everyone, she's like an older sister to all the students."
—PSP introduction

In the beginning, Yukino was one of the students present while her classmates played the Persona game, and thus ended up unconscious at the conclusion of the game. As a result she follows the party to the Mikage Hospital for an examination. While there, demons attack, and she fights her way out of the hospital with her classmates. Upon reaching the school, Yukino leaves the party, and does not return in the SEBEC quest.

However, in the Snow Queen Quest, she is a mandatory character. Yukino is there when Saeko Takami is possessed by the Snow Queen, and feels it is her duty to rescue her teacher.

In Revelations: Persona, her name was changed to Yuki, and she was only in the party during the first part of the game, as the Snow Queen Quest was removed. She was also the only character not Americanized like the rest of the cast.

Personas used in the Manga

A list of Personas used by Yukino in the manga.

"Maya's partner and (apprentice) shooter. She does part-time work to pay her way through photography school."
—Her introduction, Persona 2: Innocent Sin

Yukino is Maya's photographer and partner at "Coolest" magazine. Yukino is currently the apprentice of Shunsuke Fujii, a seasoned photographer who acts as her mentor. She is investigating the Joker incident with her partner, Maya Amano.

Tatsuya's group first meets with Maya and Yukino in the principal's office at Seven Sisters High School. After discovering that Tatsuya's group knows about the rumors, the two join their party and chase after Joker with them. While at Club Zodiac, Yukino meets Anna Yoshizaka and is concerned that she has dropped out. After receiving King Leo's enigmatic hint of the next bombing target from the Aoba Park concert hall, Yukino contacts her alumnus as well as an occult expert, Eriko Kirishima, for help.

There will be two different outcomes of her fate at Caracol; if the player lets her stay with Fujii after his death, Shadow Yukino will appear in the central bridge of Caracol with Anna and the couple defeats three units of Order of the Holy Lance. Anna at this point is seemingly brainwashed by Shadow Yukino and encouraged to live an irresponsible life when Tatsuya's group approaches. After the two are defeated, Shadow Yukino curses Tatsuya for making the wrong choice and leaps off the edge of the bridge with Anna to the abyss of unconsciousness and their own deaths. The real Yukino's ego is taken into the abyss as well by Nyarlathotep and will not respond to anything. Philemon then informs the team that Yukino has made a wish to transfer her Persona ability to Jun Kurosu, an ability he lost when he ceased to be Joker.

If the player encourages Yukino to move on after facing Fujii's death, Philemon will grant her her ultimate Persona, Durga. Instead of fighting Shadow Yukino and Anna, the player will defeat three units of Order of the Holy Lance to save Anna. Even after Shadow Yukino shows up, Yukino bravely confronts the shadow and tells the team to leave first to Kurosu's rescue. Yukino will later return with Anna and rejoin the group for one last fight against Angel Joker. After this battle, she voluntarily sacrifices her ability to use a Persona to allow Jun to wield a Persona. She is last seen heading off into the city with Anna to find the Last Battalion.

"Maya's ex-partner and apprentice. She's not really an employee at Kismet, but an assistant photographer hired by Fujii."
—Her introduction, Persona 2: Eternal Punishment

Yukino is still working as a photographer at Coolest Magazine. Shortly before the beginning of the game, Yukino is separated from Maya by her boss, and is not her partner anymore. As the events of Innocent Sin do not occur in Eternal Punishment, she still retains her Persona. Presumably after the outbreak of Tenchu armies of the New World Order, she re-awakens her Persona ability to fight, protecting the citizens.

She is a guest on Trish's Who's Who, described by her 20-year-old sister as a very dependable looking camera woman looking to be in her twenties who got her camera from her master.

Her theme in Innocent Sin plays when she introduces the party to her alumna Eriko Kirishima. It is also used in the news casting in the Eternal Punishment Sumaru TV preview fan disc. The second one subtitled "sad" version plays when she faces Fujii's death.

Before the release of the Japanese PSP remake of Innocent Sin, Shoji Meguro rearranged Yukino's theme as the Christmas special version and was only available for download for a limited time. 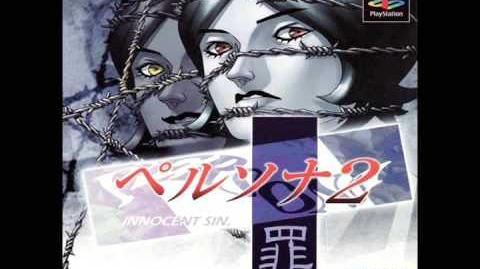 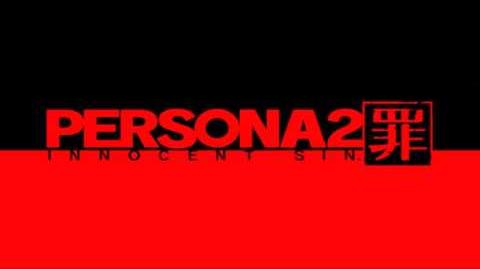