Varuna is a demon in the series.

In Vedic mythology, even though Varuna only has around 12 hymns in the Rig Veda, he seemed to be very important to the Vedic people. Pre-Vedic times, he was the supreme being, omniscient and omnipotent, along with bringing rain and enforcing contracts. His name means "he who covers," which possibly refers to the sky. Varuna is the keeper of the rta, a cosmic force, which makes everything in the universe work as it should, and since Varuna governs it, it makes him a very important deity. He is closely linked to Mithra due to some of their similar duties. He is one of the 12 Adityas and considered to be an Asura (pre-demonization), along with being associated with the moon and Soma, as the incarnation of Soma itself.

During Vedic times, Varuna became replaced by Indra as king of the gods due to Indra's most famous feat, which was taking back all the waters of the universe from Vritra, which caused him to supplant Varuna's place as the king of the gods. Varuna was then demoted to being the god of the oceans and rivers, which was still important, but didn't give him the nobility he once had. The souls of those who drowned went to him, and he was attended by the Nagas. This carried over to Hinduism when he was introduced.

In expanding his role over his dominance over the ocean, Varuna later became the god of oceans and rivers and keeper of the souls of the drowned. He was worshiped with veneration and an amount of fear, for as an asura Varuna did have his sinister aspects and was known to punish mortals who did not keep their word. He was the cosmic hangman and his usual method of punishment was to capture the offender with his noose. He was also a lord of the dead, a position he shared with Yama, and could endow immortality if he so chose. Varuna is also one of the Guardians of the directions (Lokapala), representing the west. In Japanese Buddhism, he is known as Suiten, and is a the deva of water distinct from the type of kami known as Suijin. In Hinduism, he faded away with the ascendancy of Vishnu and Shiva. He can be seen as a parallel to Ahura Mazda.

Varuna can be summoned once Tatsuya Suou reaches Lv. 54 or above and possesses at least 177 Hierophant Tarot Cards, or can be mutated from Mithra once Tatsuya is level 49 or above. Varuna's skill, Spinning Shot, used along with skills belonging to Indra, Bishamonten, and Yama, is required for the 4 Shura Slash Fusion Spell. The skill is a reference towards the Hindu religion, where these are the guardians of the four cardinal directions, in which Varuna protects the west.

Varuna appears initially as Rinne's Persona, and belongs to the Hierophant Arcana, though after Rinne became one of the Four Keys, Varuna becomes Rihito's ultimate Persona.

The Be Blue accessory shop sells a magic enhancement bracer named Varuna Bracers, which grants the equivalent of the Ice Amp skill.

Known as Varna, it is the Atma Avatar of Serph in Digital Devil Saga. He comes with the Bufu spell mastered, along with the basic hunt node skill. Varna excels in ice elemental attacks but is weak against fire elemental attacks. However, players are allowed to customize his stats as they wish, leading to a well-balanced character, a physical powerhouse or a magic based nuker.

Varna returns as Serph's Atma Avatar, however, black Varna ("Real Varna") is later shown to be the true Serph, Serph Sheffield's, demonic form in the real world. Realizing that she was only a mere tool for Serph Sheffield to attain godhood, Sera's thoughts became outraged and hostile, transforming Serph Sheffield into Real Varna, the reflection of his own heart. The transformed Serph Sheffield went berserk, devouring his colleagues, including the real Argilla and went on a killing spree before being killed himself.

A "Fake Varna" with white skin (as opposed to the black and blue Varnas) is transformed from the very first AI Serph before his data was copied to the Junkyard by Sera which became the protagonist, Serph. Both Real Varna and Fake Varna are fought against in a boss battle. Both Varnas do not have the same weakness or resistance as the Varna of the protagonist Serph and they have their unique Expel and Curse attacks which deal decent damage. This particular battle is fairly easy because a temporary ally is aiding the protagonist Serph with well-prepared offensive and recovery skills.

Correctly translated as Varuna and returns as the Atma Avatar of Serph. Serph first sees it as a phantasm after the light infects him, showing him the god before he transforms into it. The transformation also saves his life, as Serph had been shot before he was infected.

Real Varna and Fake Varna are fought by the protagonist, Serph, alongside True Heat in the EGG (revisited). Serph alone will receive 80,000 points of Karma after their defeats, enough for him to catch up the levels of the others during his absence.

Shadow Varna is summoned by Chernobog if Serph is in the party. Its skills will be the same as Serph's but the shadow will only use offensive skills. 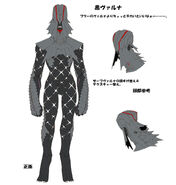 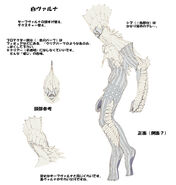 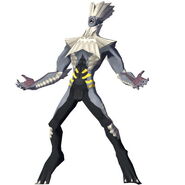