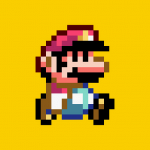 I fight incorrect changes to my favorite songs' lyrics.

Lyrics should be exactly the same as what it is on the official booklets, which can be found in the Japanese collector/deluxe/special edition of the Persona series. That's my objective (for my favorite songs).

TODO: Will add this picture after an article about P5R soundtrack is created

If you can provide a high quality scan from P5R CD front cover, feel free to do so and upload here :)

TODO: Will add this picture after an article about P5S soundtrack is created

Retrieved from "https://megamitensei.fandom.com/wiki/User:Noonecanstop?oldid=362492"
Community content is available under CC-BY-SA unless otherwise noted.