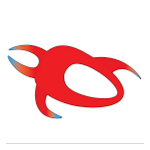 History: The monk who envisioned the true cosmos. For voicing his view that differed from that of the Catholic Church, he was burned at the stake as a heretic. 10 years after his death, Galileo looked into a telescope and discovered the truth.

History: (墨子) A military genius who only used his talents against violence, and invented the very first camera obscura. One of the first to dream of universal love and rebellion against authority & blind obedience. Most of his books were sadly lost to the book burning orchestrated by Emperor Qin Shi Huang.

History: The father of modern optics. A seeker after truth from a thousand years ago. He constantly questioned everything, even what everyone else took for granted. He influenced many great men to seek after truth as he did.

History: The son of Hades & Persephone. Ever since the tragedy of Orpheus, he spent most of his childhood trying to understand the importance of life. He is reborn within one who would write the story in his own way.

History: Warrior-King of Sparta. He and his 300 personal soldiers fought formidably in the Battle of Thermopylae, and sacrificed their lives to protect Greece from the Persian king, Xerxes.

History: Greek god of the wild. Due to his appearance and demeanor, he felt rejected and alone for most of his life, even by the nymphs of the forest he moved to. He eventually invented the pan flute, and when he played it, he found himself dancing with the most beautiful girls.

History: Witty King of Ithaca. He & his men endured a perilous journey home after the campaign to Troy. He famously thwarted the Cyclops, Polyphemus and escaped with his life.

History: A demigod known for his courage in combat. He was fatally wounded when Paris of Troy shot him in the heel with an arrow.

History: The Greek Goddess of retribution. Her duty is to bring divine wrath upon those who succumb to hubris.

History: The Greek Goddess of order and justice.

History: The only nonviolent centaur in the Greek World. Famous for his knowledge of medicine and teaching abilities, he is an important figure in Greek stories.

History: The Queen of the Amazons. These women were bred for war.

History: The first female hunter to become legendary after slaying the Calydonian Boar. Out of the many suitors who desired her, she chose a boy named Hippomenes to be her husband.

History: German professor of theology, composer, priest, Augustinian monk, and a seminal figure in the Protestant Reformation. He came to reject several teachings and practices of the Roman Catholic Church. His constant protests resulted in becoming an outlaw by the Holy Roman Emperor.

History: The Great Spirit that inhabits the Earth itself. It sees through all and guides the worthy to the path of justice.

History: The trickster spirit who was reborn as the grandson of a greedy chief. As he grew into adolescence, he stole the sun and brought it up to the sky.

Retrieved from "https://megamitensei.fandom.com/wiki/User:NDS123?oldid=371392"
Community content is available under CC-BY-SA unless otherwise noted.