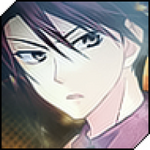 Hi, I'm quite new at this and because of that I created a new article without knowing it, so... sorry about that.

My favorite Shin Megami Tensei series are the Persona series, even though those are spin-off's... see now when I meant that I'm new at this?

Well I'm happy that I'm part of this community, the wikia community is very helpfull.

Retrieved from "https://megamitensei.fandom.com/wiki/User:Crok425?oldid=296666"
Community content is available under CC-BY-SA unless otherwise noted.