Nintendo Switch
January 17, 2020
Tokyo Mirage Sessions ♯FE is a collaboration between Intelligent Systems and Atlus. The game was published by Nintendo for the Wii U console. It features characters from the Shin Megami Tensei series as well as the Fire Emblem series.

On September 4, 2019, an enhanced port/remake Tokyo Mirage Sessions ♯FE Encore was announced for the Nintendo Switch, and released January 17, 2020.

Tokyo Mirage Sessions ♯FE opens five years prior to the game's main events: at an opera attended by a young Tsubasa and Yashiro, everyone apart from Tsubasa vanishes without a trace. In the present, Itsuki encounters Tsubasa at the One of Millennium talent audition event, where she is hoping to begin her career as an idol. The MC for the event is possessed by a hostile Mirage, and everyone in the building apart from Itsuki and Tsubasa are stripped of their Performa, while Tsubasa is taken into the Idolasphere dimension. Itsuki follows, and both are attacked by hostile Mirages. Awakening to their Performa, they use it to cleanse the Mirages: their attackers are revealed to be Chrom and Caeda, who ally respectively with Itsuki and Tsubasa. With help from Touma, who is the Mirage Master of Cain, the party free the MC from the hostile Mirage's control, restoring order. Leaving the Idolasphere, they encounter Maiko, who offers them positions alongside Touma in Fortuna Entertainment so they can both forward their entertainment careers and help fight Mirage attacks alongside Kiria and her Mirage Tharja. They are aided by Tiki, who is suffering from amnesia similar to the other allied Mirages.

Further attacks follow at multiple locations throughout Tokyo, each focusing on leading entertainment and media figureheads being possessed by hostile Mirages: these Mirages are revealed to be merely servants of a greater power. During one mission, the group rescue producer Yatsufusa Hatanaka, who later keeps a close watch on them. They also gather new allies in the form of Eleonora and her partner Virion, and Mamori and her partner Draug, who was the former partner of and initially possessed Barry. On many missions, Yashiro and his partner Navarre watch and sometimes act as an antagonistic force, before Itsuki's leadership and strength persuade him that he can help him avenge his father, the lead singer who vanished five years before. The group finds an item called a Dragonstone, which restores some of Tiki's memories. She reveals that she and the other friendly Mirages unsuccessfully attempted to stop the dark mage Gharnef summoning the Shadow Dragon Medeus into their native realm with a ceremony called the Opera of Shadows. Tiki was banished into the Idolasphere, which acted as an intermediate dimension between the real world and her world, and she was instrumental in preventing Gharnef from performing the Opera of Shadows a second time to enter the real world as his native realm had become drained of artistic energy. His attempt sparked the mass disappearance of five years before, and Tiki shielded both Tsubasa and Yashiro at the cost of her memories.

After this, the Cosmic Egg Stadium is consumed by an Idolasphere portal. Heading to the Cosmic Egg, the party are stopped by Hatanaka, who reveals himself to be the willing Mirage Master of Gharnef: the two are planning to perform the Opera of Shadows, summoning Medeus to consume the real world's Performa. The group recovers Dragonstones from the conquered Idolasphere realms and restore Tiki's memory: she reveals that they must find the pieces of the Fire Emblem and perform the Opera of Light to summon the power of the Divine Dragon Naga, the only force capable of stopping Medeus. Collecting the Fire Emblem pieces, they learn the story of the Hero-King Marth, a warrior from ancient times who bested and sealed away Gharnef and Medeus. The group encounter and defeat Hatanaka and Gharnef, but their sacrifice coupled with the offering of the Hero-King Marth's soul completes the Opera of Shadows and summons Medeus. Traveling to the final Idolasphere realm, Itsuki is fatally injured by Medeus, but the Fire Emblem gems free Marth's soul, which saves Itsuki and allows the group to perform the Opera of Light and defeat Medeus. The Mirages, with their memories restored and Medeus gone forever, return with Tiki to their native realm.

Alongside the main narrative are side stories connected to various members of Fortuna Entertainment, which Itsuki can help as he learns experience from working in various sectors of the agency's business. These quests' storylines include Tsubasa working to create her idol persona; Touma's wish to become an inspirational actor; Kiria's discomfort with her softer side, which clashes with her professional identity; Eleanora's attempts to polish her abilities as an actor in preparation for a hoped-for Hollywood career; Mamori pushing to expand her professional range beyond her cooking host role; the often-tipsy Maiko's efforts to maintain Fortuna's public and private functions; Barry's antics and his growing insecurity after losing his Mirage Master abilities; Yashiro breaking out of his self-imposed personal and professional isolation; and Tiki wanting the chance to experience the real world. If all the side stories are completed, a post-credits scene is unlocked where Maiko returns to modeling and makes Itsuki the new president of Fortuna Entertainment.

Tokyo Mirage Sessions ♯FE is an RPG focused around the exploration of dungeons and turn-based party combat. When not in dungeons, the player explores familiar locations in the city of Tokyo and can interact with NPCs and visit shops. Dungeons take the form of multi-level labyrinths with light puzzle-solving and generally share a theme with the location they're found. Within these dungeons are hostile Mirages that when touched trigger combat. The player character Itsuki is armed with a rapier while exploring the dungeon and the player can gain the initiative by stunning Mirages with a well-timed strike before starting battle.

Combat is turn-based and predicated on discovering and exploiting enemy weaknesses. As in both Shin Megami Tensei and Fire Emblem, enemies are weak to specific element (Fire, Ice, Electric, Force, Expel, and Death) or weapon types (Sword, Lance, Axe and Bow). The player can also trigger Session Attack combos where the other party members follow up the attacking character's blow with strikes of their own. As party members gain affinity, they can also learn team attacks where pairs of characters can combine their strength for powerful attacks.

Dual Arts, which are powerful special attacks that can be performed by specific pairs of party members, are gradually unlocked as side stories are completed. It is not required that both party members involved in a Dual Art be in the active three-person party in order to use it.

During battles, if you trigger a Session Attack (a chain attack) with an artist (a playable character), eventually the artist's "Stage Rank" will increase. As the character's Stage Rank increases, they will be faced with a wall that needs surmounting–and thus a side story is born. Each side story is a quest that players can attempt at any time.

In addition, playable characters can be equipped with various costumes in combat.

Mirages, much like in Fire Emblem, can class change and choose between two advanced classes. For example, Caeda can be promoted to either a Falcon Knight or a Wyvern Knight. Weapons can also be made to replace the current weapon by collecting materials from enemy Mirages.

On September 10, 2015, Nintendo announced that in Japan, the game will launch with codes for downloadable costumes based on characters from other Atlus titles. New costumes were announced for the game's enhanced port/remake Tokyo Mirage Sessions ♯FE Encore. These DLC costumes include:

The game's original release launched with a special "Fortissimo Edition" that offered download codes for original alternate costumes including a "Fashion show" set and swimsuit sets for both the male and female characters. A Famitsu article also has some details about the downloadable content.

Go to the Secret Hot Spring!

The following Shin Megami Tensei characters appeared in the 2013 teaser trailer only.

During a brief interview with Famitsu in August 2012, Katsura Hashino teased an announcement saying he had a collaboration that would surprise everyone. Months later, on January 23, 2013, the game was officially announced via a teaser trailer that premiered during a Nintendo Direct presentation. On July 9, 2013, Atlus and Nintendo announced a special deal on the Nintendo eShop, in which, if players register both Shin Megami Tensei IV and Fire Emblem Awakening to Club Nintendo, they will get $30 credit on the eShop for 3DS.

Official word on the development of Tokyo Mirage Sessions ♯FE was mostly silent following the initial reveal. The following year, on June 11, 2014, Nintendo producer Hitoshi Yamagami stated during a press appearance at E3 2014 that the game was "on schedule" but didn't elaborate any further.

A full debut trailer was revealed the following year in a Nintendo Direct on April 1, 2015, alongside its official Japanese title. The first public footage of the game in action, it depicted various Fire Emblem characters alongside a modern day Japanese style, as commonly seen in the Megami Tensei series. The trailer did not depict any Megami Tensei characters from previous titles, though certain Fire Emblem characters, specifically the villains Gangrel and Aversa from Awakening, were depicted as enemies with Megami Tensei-style demonic redesigns. The basic premise of the game as suggested by the trailer is that the modern world exists alongside a world of Fire Emblem fantasy similar in nature to how a demon world traditionally exists alongside or intersects with the human world in Megami Tensei titles. The trailer was set to the song "Reincarnation," which despite its upbeat tone features dark lyrics.

On July 7, 2015, an interview with the developers published in the Japanese gaming magazine Famitsu revealed that Tokyo Mirage Sessions ♯FE's main story will take about thirty hours to complete, with enough side content to double the full play length.

On September 25, 2015, an interview with the game's composer Yoshiaki Fujisawa was posted to the official website. In it, Fujisawa talked about the process he went through in creating music for the game, and how as primarily a composer for television he had to adapt in order to create music for a game. At the end of the interview, he revealed that a character based on his own appearance will appear in the game.

On March 3, 2016, the English title along with the release date for Europe and North America was announced. It was also announced that the game will be localized with English subtitles over the Japanese dub instead of an English dub. On April 21, 2016, it was announced that Atlus is localizing the game with oversight from Nintendo Treehouse. Some of the Japanese dialogue was rerecorded during the localization process in order to match the localized English script, such as references to character ages that had been increased from seventeen to eighteen. A subplot involving gravure idols was rewritten and re-voiced to reference fashion models instead, with all relevant in-game art and images changed to reflect the adjustment, including a new, western-release exclusive costume for Tsubasa.

The possibility of a sequel was raised at the Genei Ibunroku♯FE Premium Live concert in May 2015: in addition to a rousing call from the audience, producer Hitoshi Yamagami said that he was working on the possibly of a new game.[1][2] 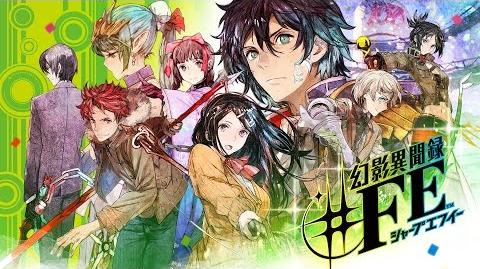 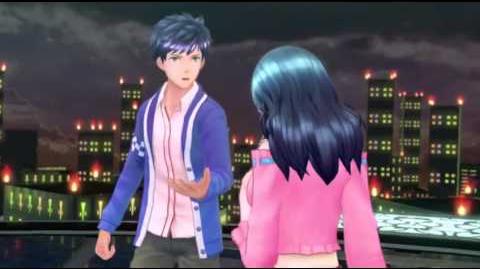