Sumaru City is the main setting for Persona 2: Eternal Punishment. It's a fictional Japanese seaside city composed of 6 wards. The name was taken from an in-game historical figure known as Kiyotada Sumaru, a feudal warlord who once ruled the city during the Period Of The Warring States.

It differs from its Innocent Sin counterpart in quite a few ways. 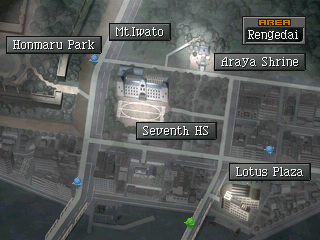 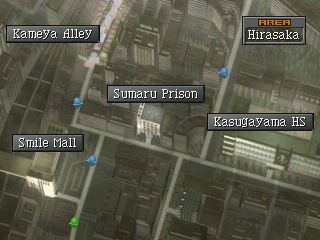 Hirasaka Ward (平坂区, Hirasaka ku)? is in the western area of Sumaru. Notable locations are as follows: 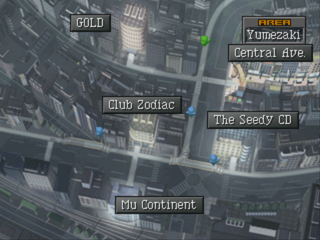 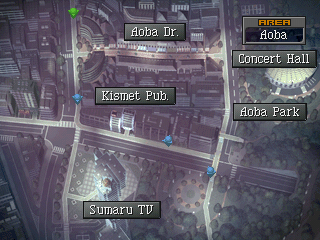 Aoba Ward (青葉区, Aoba ku)? is in the eastern area of Sumaru. Notable locations are as follows: 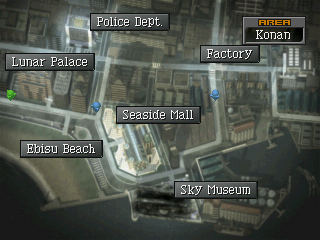 Konan Ward (港南区, Kōnan ku)? is in the southern coastal area of Sumaru. Notable locations are as follows:

Only accessible early in the story, Mt. Mifune (蝸牛山, Katatsumuri yama)? is where the Morimoto Sanitarium is located. The main road leading to the Sanitarium is blocked, so the party has no other recourse but to take the Mifune mountain path leading to the rear entrance. Off-hand, there is a small shrine with an offertory box deep within the forested route, built in honor of the late founder of the Mokujinken martial arts, Master Fuyou. 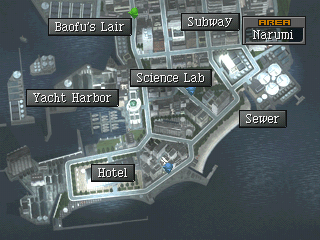 Narumi Ward (鳴海山, Narumi ku)? is the southeastern coastal area of Sumaru. The Narumi Ward was built outside Xibalba and was destroyed when it was raised into the sky.

Notable locations are as follows:

Sumaru City after it becomes Xibalba

The Rengedai District after it becomes part of Xibalba
Community content is available under CC-BY-SA unless otherwise noted.
Advertisement