The Shin Megami Tensei Trading Card Game can be divided into two distinct "versions", the original produced by Enterbrain between 1997 and 2003, and the "Nocturne" version produced by Media Factory starting in 2003. The two versions have several notable gameplay differences and as such the Media Factory game cannot be considered a continuation of the Enterbrain game.

The players are Devil Summoners, with 200 hit points each. The object of the game is to reduce the opponent's HP to 0. Each player has two decks of 60 cards each.

There are four types of cards. 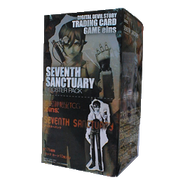 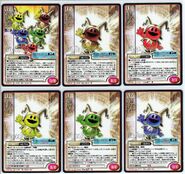 Back of a card