Shibusawa is a character in Persona 5 Royal. He is a friend of Takuto Maruki and becomes acquainted with the protagonist.

Shibusawa is Maruki's friend from college. The two seemed very close, as Shibusawa was aware of a lot of Maruki's personal life; such as his girlfriend Rumi, his project to prove the existence of the cognitive world to Japan, and introducing the idea of changing the cognition of trauma victims to help them heal.

Before the events of the game, Shibusawa meets with Maruki, who angrily tells him about how the professor and investors, although initially interested in Maruki's paper, suddenly stopped funding his project and the research lab in Odaiba, on the basis that there was "no concrete evidence" to support the existence of the cognitive world. This is later revealed to be the result of Masayoshi Shido stealing his research for his own purposes. Upon talking with Maruki some more about where Maruki will go from there, Shibusawa leaves and Maruki (presumably) drinks the night away.

During Maruki's Confidant with the protagonist, they go to Wilton Buffet. By chance, Maruki reunites with Shibusawa, who is introduced to the protagonist. They discuss Maruki's college life, as well as an awkward question about Rumi, until Maruki insists everything's fine and they move on from the topic. This is the only time the protagonist meets Shibusawa until the end of his probation.

During the protagonist's farewell in March, the protagonist can find Shibusawa in Kichijoji. Upon speaking with him, he mentions how the last time he ran into Maruki, he wasn't acting like himself, apologizing for everything he'd done. This is implied to be after his change of heart, as well as a direct result from it. 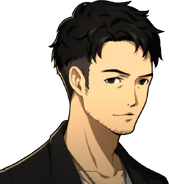 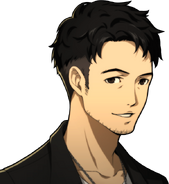 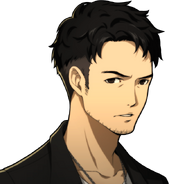 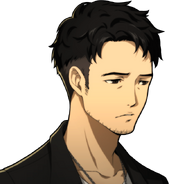 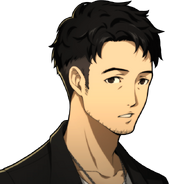 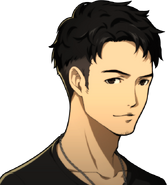 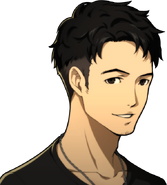 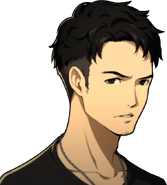 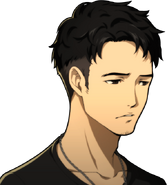