Kirsten Potter
"Aaaahahaha! Jealous of my cute little doll? Take it from me if you can!"
—Shadow Yukino regarding Anna

Shadow Yukino is the Shadow Self of Yukino Mayuzumi that appears in Persona 2: Innocent Sin. She uses the Persona Reverse Durga in battle.

When Tatsuya's party reach the top of Mt. Katatsumuri, they find Fujii heavily wounded by a party of Longinus soldiers after fighting some of the Order of the Holy Lance: Elf, Zwölf and Dreizehn. When the battle with the Longinus soldiers ends, Yukino runs over to Fujii and the two share their last moment together. Before Fujii died, he gave his camera to Yukino leaving the latter in tears. Whichever option the player chooses, Tatsuya will either leave her behind or make her come with them.

If Yukino is left behind and the party reaches deeper into Caracol, they find "Yukino" and Anna Yoshizaka defeating a party of Longinus soldiers. When "Yukino" sees the party, she tells Anna that "new toys" are there while Anna appears to be controlled by "Yukino." The party already noticed that she isn't the real Yukino but her Shadow. Shadow Yukino hugs Anna and she tells her that it must hurt when one's dreams are shattered, not knowing what is your reason for living, and to find the answer there must be destruction.

Lisa yells at the Shadow to stop saying things like that with Yukino's face; the Shadow answers that she is the real Yukino while laughing at her. She says that she will not live like Fujii did, she has all the fun she wants no matter the consequences. The party tries to tell Anna to come with them but it is in vain as Anna is not listening. The Shadow taunts the party by kissing Anna and challenges them to take her back leading to a boss fight against Shadow Yukino and Anna.

After the fight, the Shadow reiterates that she is the real Yukino and jumps off the bridge with Anna leading to the death of the latter and the ego of the real Yukino being dragged into the abyss.

If Yukino goes with the rest of the party, she will get her ultimate Persona Durga. When they reach deeper into Caracol, they find Anna fighting with a party of Longinus soldiers. The soldiers were about to kill Anna until Yukino and the others intervened. The soldiers make fun of Fujii's dreams and call him a worm, making Yukino go berserk leading to a fight against the Longinus soldiers.

After the fight, Anna asks Yukino why she saved her, and Yukino answers that is because she is just like Yukino was long ago, that she couldn't figure out what she wanted in life or for what she should live for, and she wished everything would disappear. She said that if you couldn't figure that out when you need it, you have to be calm and think for an answer. At that moment another Yukino appeared, saying that those were lies. She reveals that Yukino had two dreams, a photographer and a teacher but she can't be a teacher because she "doesn't have the brains" and she doesn't have the eye to be a photographer.

The Shadow claims that she should tell Anna about it instead of taking it out on everyone. Yukino doesn't deny it, she knew that, that's why she chose to lean on Fujii, she then told Anna that even if you fall or lose yourself, you have to keep on standing and keep going, that's what it means to be a human. Her friends taught her that and she can accept for who she is now, and if she couldn't, she could never follow her dreams. The Shadow gets enraged and gets ready to attack Yukino, the latter tells Tatsuya and the others to keep going and reach to where Jun is. When everyone leaves, Anna goes to Yukino's side and decides to help her fight the Shadow. 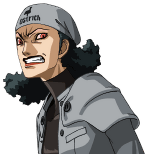