View source
watch 02:05
Wiki Targeted (Games)
Do you like this video?
Play Sound

Seraph's personality and voice are more similar to those of Sera, but gradually Sera and Serph's mind become one.

In the novels, the closest equivalent to Seraph is Serph's Vishnu form, which has Serph retain his personality. 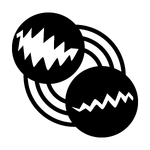 Seraph is a unique being manifested by the data of Serph and Sera. Hoping to use the final chance to soothe God's anger, Serph and Sera used their last chance, sacrificing Gale and Cielo among others to reach the HAARP facility, the last facility existing to allow Sera to converse with God. Their hope fell short when the old facility began to break apart due to the massive data overload, and Serph and Sera were killed within the facility.

Inside the Sun, Seraph was overjoyed to see her fallen comrades, however, she was also surprised to see her new body and her form. Schrödinger then told Seraph that she is now a perfect being, being neither Serph nor Sera, but both at the same time, and that through time, their minds would also begin to merge into one. Schrödinger then proceeded to tell Seraph that their time was near, and it was time to show God man's strength.

Seraph, once playable, inherits both Serph and Sera's mastered Mantras. Depending on the player's choices when Margot Cuvier offers the Embryon an alliance, Seraph may also inherit Hari-Hara's special skill, Reincarnation. Her Atma form, Ardha, possesses no weakness (unlike those of all the other playable characters), nor does it excel in any element.

Should players start a new cycle, Serph will inherit Seraph's Mantra Board. However, his Atma form, Varuna, will retain its original elemental affinities rather than keeping those of Ardha.

Seraph "joins" the party using the higher value between Sera and Serph for each individual stat. The Mantra grid of Seraph is a combination between the two. Seraph has no attack weaknesses nor resistances.

Seraph's unique gun combo in human form, Divine Shot, is Almighty-elemental and requires collaboration with another teammate with any Drain shield skill. Unlike other gun combos, Divine Shot does not have variants of different power tiers.