The Reasons (コトワリ, Kotowari)? are a crucial element of Shin Megami Tensei III: Nocturne. They are the competing inner philosophies that wish to form the natural laws in the new world. The Vortex World is a ruined shell of a world caused by the Conception, where the surviving humans remain, as the world is preparing for its inevitable rebirth. Those with Demonic Sponsors and enough power can create a world based on the laws formed in their Reason. It is forbidden for a demon to create a Reason; even semi-demons such as the Demi-fiend are forbidden from having their own Reason.

"All at one with the world."

Shijima is the Reason of Hikawa. It is based on stillness and oneness. It is a world of perfect harmony, without self, without passion, without conflict, without destruction. Individuality is eradicated and there is simply a collective inner peace in which everyone is equal to God. This collective functions as cogs in the giant, stable machine that is the universe. Its demonic sponsor is Ahriman.

To obtain this ending, agree or respond positively to most (or all) of Hikawa's questions.

"I am the center of the world."

Musubi is the reason of Isamu Nitta. It is based on solitude and isolation. The self is absolute, and every living being would live in an independent world, completely separate from all other living beings. The individual could use their mind to shape their world at will into their own personal paradise, without consequences or unwelcome interference of others. The name Musubi may possibly refer to the mystical power of becoming or of creation in Shinto religion. It is an isolationistic, solitary reason. Its demonic sponsor is Noah.

To obtain this ending, agree or respond positively to most (or all) of Isamu's questions.

"The world only needs beautiful things."

Yosuga is the Reason of Chiaki Tachibana. It is a Reason based on elitism and survival of the fittest. Those who are useless and weak do not deserve to live and would be purged from society. Only those who are strong may rule, and power is acknowledged as the only thing of value. The weak will forever serve the strong. While Chiaki created this Reason in order to be safe from ever becoming weak or lower class, it is a Reason of paranoia and fear, in which she would always have to look over her shoulder and fear being overthrown. It is a chaotic reason and its demonic sponsor is Baal Avatar. A large number of angels, traditionally the servants of Law, follow this Reason, including the four archangels.

To obtain this ending, agree or respond positively to most (or all) of Chiaki's questions.

The only other true candidate for a Reason was Yuko Takao, who went far enough to gain a demonic sponsor, but could not develop her own reason, believing she could force her patron deity to grant her one by offering her the Yahirono Himorogi, in addition to her deity of choice's limitations within the Vortex World. She lacked the convictions and inner philosophy needed to develop a reason, leading to her failure and death.

Futomimi had developed his own Reason, which consisted of a world in which everyone was equal and happy. It would be a world in which manikins are no longer slaves. Unfortunately for him, only humans can create a new world, so his ideal world was an impossible dream. And Manikins, like Aradia and the Shadow Vortex, weren't meant to exist. He is murdered by Chiaki Tachibana, who looks down on the manikins as "worthless mud dolls", (or the Demi-fiend if he chose to align with Yosuga). The remaining manikins begin to climb the Tower of Kagutsuchi, but with no real hope of their Reason coming to pass.

The Demi-fiend, as a demon, is forbidden from creating his own Reason. But due to his extraordinary strength, the Reason he backs is the one most likely to pass. The Demi-fiend can also choose to reject all Reasons, which will lead to three possible alternate endings.

One option, is to restore the world to its state from before the Conception - this being the Freedom ending, which is related to Yuko. Kagutsuchi chastises him for restoring the world back to the way it was before, a world with no set future and chaos reigns, comparing him to Lucifer as a being drunk on Freedom. The Demi-fiend is praised by Lucifer as he denied the order of the Great Will like himself, and therefore warns him to keep his demonic powers since the Great Will will eventually hunt him down as well.

To obtain this ending, don't support any Reason or support 2 or more Reasons. Then the player should respond to Aradia's questions in the Yoyogi Park with courage.

In the Demon ending the Demi-fiend lacks the will to create a new world, making Kagutsuchi leave in disgust. The Vortex World stays as it is until the next Conception, a world truly for demons only. He is sarcastically congratulated by Lucifer, who leaves afterwards for another world.

To obtain this ending, don't support any Reason or support 2 or more Reasons. Then the player should respond to Aradia's questions in the Yoyogi Park with cowardice.

This ending is only available in Shin Megami Tensei III: Nocturne Maniax and any following re-releases of the game.

If the Labyrinth of Amala is completed and the Demi-Fiend meets Lucifer, then the cycle of death and rebirth is destroyed, resulting in the universe collapsing. The world is sacrificed for the birth of a new demon and the final battle between Lucifer and the Great Will begins, with the Demi-fiend acting as Lucifer's greatest general.

To obtain this ending, simply complete the Labyrinth of Amala in its entirety by defeating Metatron in the Fifth Kalpa and descending the elevator to meet with the old man in wheelchair BEFORE entering the Tower of Kagutsuchi. It's possible to defeat Metatron to unlock him for fusion, and then turning back to obtain other endings. Once the player descends the elevator, the True Demon Ending is set in stone. 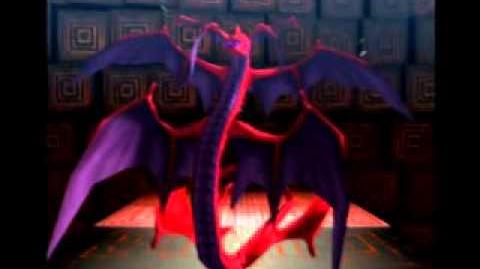 Shin Megami Tensei 3 Nocturne Shijima Ending
A few Cutscenes and the ending resulting from this Reason. 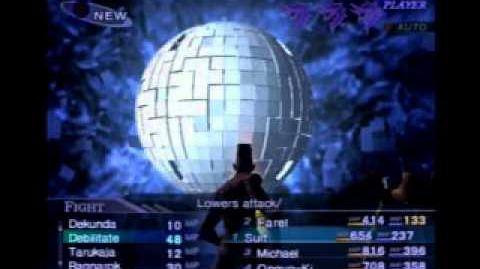 Shin Megami Tensei 3 Nocturne Musubi Ending
A few Cutscenes and the ending resulting from this Reason. 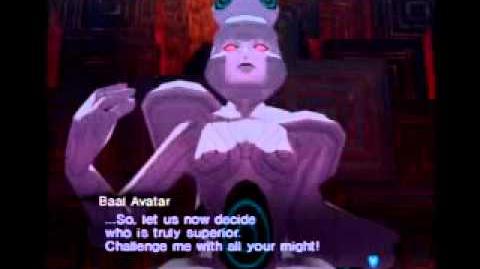 Shin Megami Tensei 3 Nocturne Yosuga Ending
A few Cutscenes and the ending resulting from this Reason. 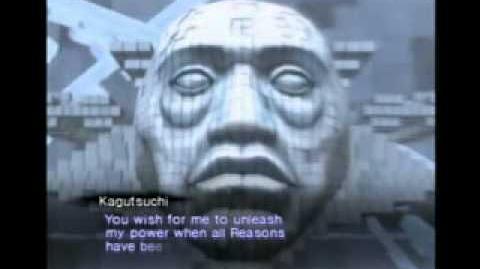 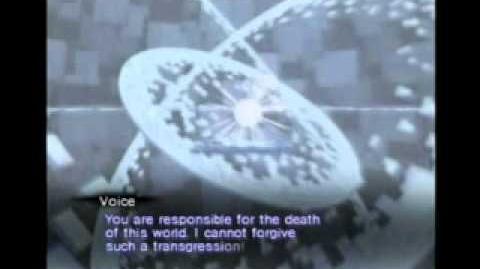 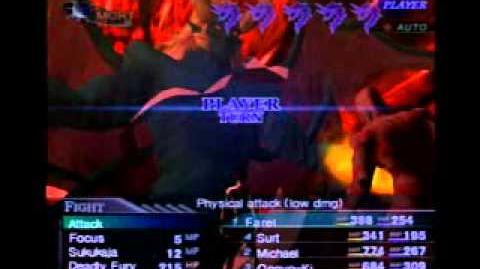