Phoenix Ranger Featherman R typically comes on Saturday night and is a parody or homage to Tokusatsu programs like Super Sentai (most likely Chojin Sentai Jetman and Science Ninja Team Gatchaman). The known team members are named after a type of bird, and they include: Red Hawk, Black Condor, Blue Swan, Yellow Owl, White Swallow and Pink Argus.

All the main characters, except for Yukino Mayuzumi, role-played as these heroes during their childhood, wearing masks and dubbing themselves as the Masked Circle. The masks can be collected and serve as key items that will provide each character's ultimate Persona, excluding Jun Kurosu's Black Condor mask which was retrieved prior to the beginning of the game.

In the opening movie of the PSP remake, shelves hanging the Phoenix Ranger Featherman R masks appear briefly at a festival vendor.

Ken Amada is embarrassed that he owns a Phoenix Ranger Featherman R action figure, since he's already established precocious maturity as an impression to his fellow SEES members. The show can be watched on the TV in the dorm every Sunday.

Five masks of Phoenix Ranger Featherman R can be seen at the Summer Festival on display.

Kanji Tatsumi admits to having been a fan in his childhood. Naoto Shirogane's dungeon, Secret Laboratory, is also referenced as being similar to many of the secret bases found in such shows. In his job as caretaker, the protagonist watches as the children act out moves from the show. One kid in particular, Yuuta, enjoyed watching the show as he gets along with his stepmother Eri Minami.

In Persona 4 Golden, all the playable characters have Neo Featherman costumes that can be purchased from Okina City's Croco Fur.

Kids at the Inaba daycare center are shown playing with a Neo Featherman toy, a giant robot. When Yu offers to pay for it after the toy is broken, it is shown to cost 68,000 yen (roughly $700).

"Death must not be needlessly feared. But it must not needlessly be desired as well. Face it and fight, Featherman!"
— Featherman Victory Intro

Yukari Takeba becomes an actress and plays the role of Pink Argus in the most recent incarnation of the show, Phoenix Ranger Featherman Victory. Her weapon, created by Kikuno Saikawa, is based on the ultimate bow she uses from the show. In Yukari's epilogue, much to her surprise, Yukari learns that Mitsuru watches "Featherman V" since her best friend is one of the show's stars.

Futaba Sakura owns a set of figures and posters from the show in her room. Yusuke Kitagawa rearranges the figures and changes their poses, much to Futaba's horror.

Futaba Sakura also mentions Featherman in some her Mementos dialogue.

The show sometimes plays on the TV in Leblanc.

There is a DLC bundle that includes Featherman costumes from Persona 5: Dancing in Starlight for all the playable characters.

In addition, a new retro game, Featherman Seeker, can be bought and played. The Featherman Dolls can also be gifted by Ryuji should he be invited to Nakano, which can then be displayed in the protagonist's room.

Two young boys who frequently talk about Featherman can now be found hanging out in Yongen-Jaya.

The whole team can be seen on the jumbotron in Shibuya. The scene then changes to Ren Amamiya, spotting Ann Takamaki on break, during a photoshoot with Mika.

Ryuji is seen wearing a Phoenix Featherman mask during the firework festival.

Additionally, an obscure copy of Featherman, known as Zephyrman is known to exist. While it isn't well known, Akira Konoe is a big fan of it, having modeled his Jail after it.

In one of his events, Joe mentions that he is a fan of the manga "Featherman: From The Ashes." 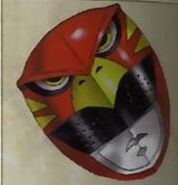 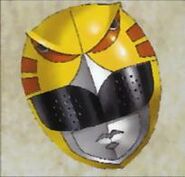 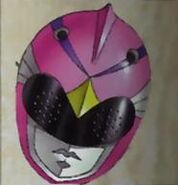 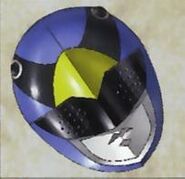 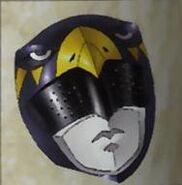 Joker with the masks.

The Featherman outfits in Persona 4 Golden

Yukari as Pink Argus with the cast of Featherman V

Yukari posing with the "Ultimate Bow"

A clear head shot of Yukari 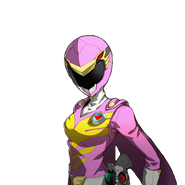 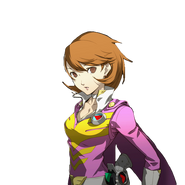 Akechi in his Featherman costume

Sumire in her Featherman costume