Cities that were broadcasted at are:[2]

Performing on stage are:[3]

Announced concert goods that can be bought beforehand include:[4]

During the concert, signed balls were thrown into the crowd at random.

The concert is available in Blu-Ray[5] format. 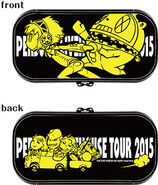 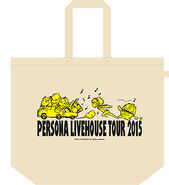 In celebration of all venues having their tickets sold out and the release of the Blu-ray a small hand-shake event was held at the three cities.[6]

Details of the event include: 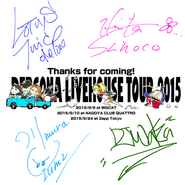 Autographed message from the performing artist.