Persona 5 Royal The Soundtrack is the official soundtrack of Persona 5 Royal in the West, which was released by Atlus on March 31, 2020. The soundtrack features 10 tracks that are introduced in Persona 5 Royal. It is composed by Shoji Meguro, with additional compositions by Toshiki Konishi, Kenichi Tsuchiya and Atsushi Kitajoh, with vocals by Lyn Inaizumi.

The Western soundtrack has fewer songs than its Japanese counterpart, PERSONA5 THE ROYAL STRAIGHT FLUSH EDITION Original Soundtrack, which instead features 29 new songs, which encompass almost all of the tracks added in Royal. 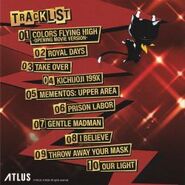 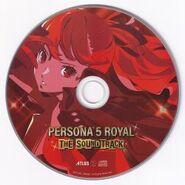