Persona 4 Original Soundtrack is the official soundtrack for the game Persona 4. Released on July 23rd, 2008 by Aniplex and Atlus, it contains 52 tracks spread between 2 discs.

It is composed by Shoji Meguro, Atsushi Kitajo and Ryota Kozuka, with vocals by Shihoko Hirata.[1] Persona 4's North American release contains the first disc of the soundtrack bundled with it.[2] 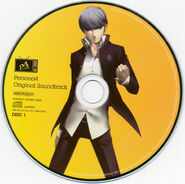 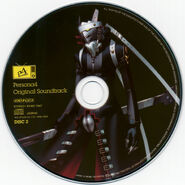