August 16, 2012
Steam
June 14, 2020
Persona 4 Golden, also known as Persona 4: The Golden in Japan, is an enhanced port of PlayStation 2's Persona 4 that released for the PlayStation Vita and later Microsoft Windows. The Vita version is compatible with PlayStation TV. The port adds a variety of new content and convenience features to update the original game. Golden was adapted into an anime, Persona 4 The Golden Animation.

On June 13, 2020, the game was released on Steam for Microsoft Windows PCs. Despite the timezone differences, the release coincided with the 8th anniversary of Persona 4 Golden's Japanese release on June 14, 2012. Golden is the second Persona game to be ported by Atlus to Windows PCs after the Japan-exclusive PC port of Megami Ibunroku Persona, and the fourth Windows PC game ever released by Atlus, the first being Giten Megami Tensei: Tokyo Mokushiroku in 1999 and the third being Catherine Classic in 2019.

The Japanese and Korean versions of the game feature interviews with twelve voice actors for main characters. This was cut in the English version.

The Steam version of Persona 4 Golden is further improved from the Vita version.

Some items in the game's gallery mode "TV Listings" have been removed due to obsolescence:

In addition to the above changes, the Steam version of the game also received post-launch support in the form of a dedicated bug fix patch. For more information, see List of Patches and Updates.

In 2020, Persona 4 Golden was one of the 5 nominees for the "Best Soundtrack" category of the Steam Awards.[3] 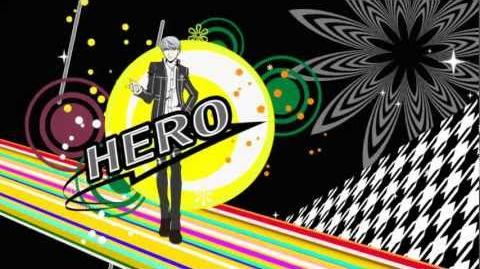