NTT Docomo Mobile
January 19, 2011[1]
Persona 4 Colors (ペルソナ4 Colors) is a game designed for Japanese feature phones that stars the cast of Persona 4 in a set of four minigames.

The game consists of four minigames:

The player controls the characters using the decision keys (keys closest to the directional pad on a flip-phone, as many of the games are relatively simplistic.

By gaining certain scores, the player is rewarded with a Persona 4 themed image that they are able to download to their phone. There are four displayed backgrounds, and they are displayed in a similar manner to the memory match game from the original game's shuffle time Shuffle Time. Players could also connect to the internet to compare their score with other players. 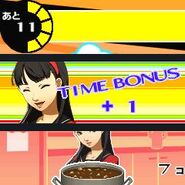 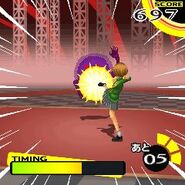 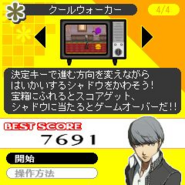 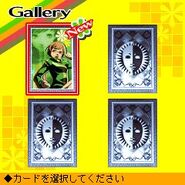 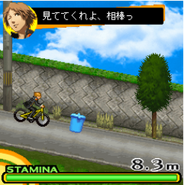 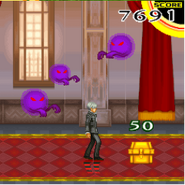 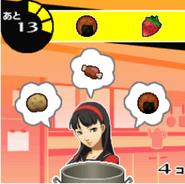