PS4, NS, Steam
March 17, 2022
Persona 4 Arena Ultimax, also known in Japan as Persona 4: The Ultimax Ultra Suplex Hold, is a 2D fighting game developed by Arc System Works and under the supervision of Atlus's Team Persona. It is a sequel to Persona 4 Arena in both story and gameplay.

On December 10th, 2021, as part of the Persona 25th Anniversary, it was announced that Persona 4 Arena Ultimax would be ported worldwide on PlayStation 4, Nintendo Switch and Steam, later releasing on March 17, 2022.

The story is a continuation of the events depicted in Persona 4 Arena and begins the day after the previous game concludes, meaning Arena Ultimax is also set in May 2012.

The Midnight Channel is back on the air and once again broadcasts a strange advertisement for another fighting tournament christened P-1 Climax, also known as Operation: World Destruction, that shows members of the Investigation Team and the Shadow Operatives in combat. Just moments after this, Inaba is subject to a power outage and is engulfed by a bizarre red fog. Furthermore, figures that look suspiciously like Mitsuru Kirijo, Aigis and Akihiko Sanada being crucified are shown on TV. While the Investigation Team attempts to figure out what's going on, Junpei Iori and Rise Kujikawa becomes trapped in the red fog, while Labrys, Ken Amada, Koromaru and Yukari Takeba ride on a helicopter to see the fog engulf Inaba.

The storyline is split between episodes. Episode P4 is the starting point to the plot that takes place immediately after the Arena storyline, and follows the viewpoints of Yu Narukami and his return to Inaba for the Golden Week. It also follows Naoto Shirogane in her investigations on the Kirijo Group Ergonomics Laboratory, Rise Kujikawa's visit to Inaba and her resolve to return to show business, and each of the Investigation Team's experience when the red fog settles into town. These culminate into their meeting with the Shadow Operatives and subsequent climb of the mystery tower on the site of Yasogami High School.

Episode P3 is unlocked after the player completes Episode P4 at 94% and follows Labrys and the Shadow Operatives investigation on Shadow activity in Inaba, before being ambushed and captured by the Malevolent Entity and his accomplice. It also follows the viewpoints of Yukari Takeba and her acting career, Ken Amada's attempt at normal student life with Koromaru, and Junpei Iori's coaching for a junior baseball team. These lead to the meeting with each of Inaba's Investigation Team, and the rescue of the captured Shadow Operatives members at the mystery tower.

In both of the Episodes, the player battles the fake "Shadow" versions of every cast, being released by General Teddie who used the red fog to bizarrely transform Inaba and disable all electronics and communications. They will then face Sho Minazuki, General Teddie's accomplice, who is carving Persona fragments from the fights with the fake Shadows. The Persona Fragments was to be used along with all the Shadows that exist in Inaba to summon the Entity's true form, Hi-no-Kagutsuchi.

Episode Adachi is the DLC third episode that follows Tohru Adachi's life in incarceration awaiting his trial, and Sho's recruitment for him to follow through with the plan to collect the Persona fragments. However, Sho's other personality Minazuki reveals that the real plan was to create a world where only Sho will exist in solitude, and to this they plan to summon, weaken and enslave the Entity's true form. Sho plans to have Adachi's power from the Sagiri merged with the Persona fragments, but Adachi betrays Sho in the final moments, just as Yu arrives to stop the villains.

In the end, the Entity also betrayed Sho by taking over his body as vessel for his true form. The character facing Kagutsuchi for the final battle also depends on the Episodes: Labrys in Episode P3, Yu in Episode P4 and Adachi in Episode Adachi. Kagutsuchi appears in its fiery form above Inaba and it takes several hits by the protagonists to defeat it. There are multiple endings to the story, depending on the choices made during the final chapter on Episodes P3 and P4. The normal ending follows the Investigation Team saying goodbye to the protagonist at the end of Golden Week, the Shadow Operatives decision to follow through with their own separate and normal lives and Sho Minazuki escaping with his whereabouts unknown. The true ending reveals that Sho has lost his other personality but is able to summon his own Persona, and he decides on to go on his own journey, insisting that he will kill Yu and he should be ready for him at anytime. Yu, Labrys, the Investigation Team and the Shadow Operatives will be meeting at Junes Department Store at the end of Golden Week to know more about each other and strengthen their bonds.

The console version compared to the original P4U, has received many more changes. Such as new console exclusive characters, and all the themes being rearranged to their OST disc versions; by proxy, the original characters' themes from the first game are also the OST disc versions as well. There are also several new modes of play as well that were not available in the original Arena game, as well as extra tweaks to the AI in said modes.

With the exception of Elizabeth, Margaret, Shadow Labrys with Asterius, two versions of Sho Minazuki, Tohru Adachi, and Marie, there exists an alternate version of characters based on the Shadows of the Persona series. Shadow-Type characters are more geared towards the offense as they build more SP as they attack and their SP is carried over between rounds. Shadow-type characters utilize the character's original auto/dial combo from Persona 4 Arena and can use Awakening SP Skills with 100 SP. Shadow-Types are also altered on their stats in comparison to their normal counterparts, as they all have 2000 plus HP and deal 20% less damage overall.

In addition, they gain access to a mode known as Shadow Fury/Frenzy (Shadou Bousou, lit. Shadow Rampage), which gives them unlimited SP for a limited amount of time and is activated by what would be the Burst command while the character is at 100 SP. In compensation for these additions, they lose major defensive techniques, mainly Bursts and Awakenings despite their larger HP amount. Thus, this makes the Shadow Type a high-risk, high-reward playstyle with an emphasis on skill usage.

In the case of Labrys and her Shadow mode(s), there is both a Shadow Mode Labrys (with Ariadne) and the original Shadow Labrys (with Asterius).

The 1.10 Patch changes a few more things compared to the previous game's patches. However, unlike the P4U patches, there is no visual indicator for patch versions.

Also, like the previous game's patches, this patch is already in place by default for the console versions.

As of January 15, 2015, an updated version of the original Ultimax game, known as Persona 4: Arena Ultimax 2 (Persona 4: The Ultimax Ultra Suplex Hold 2.0 in the Japanese version) was announced. This version as its name states, is an updated version of the game that provides all sorts of balance changes compared to the original. This version also takes all characters who were introduced in 7th-generation home consoles PlayStation 3 and Xbox 360, and adds them to arcades.

PlayStation 4, Nintendo Switch and PC will be based on this version. Due to being upgraded to 2.50, this version also has console versions’ modes and non-character-based DLCs. Additionally, Rollback Netcode (except for Switch) will be included in Summer 2022. 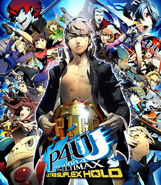 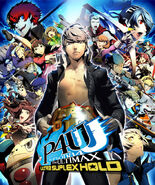 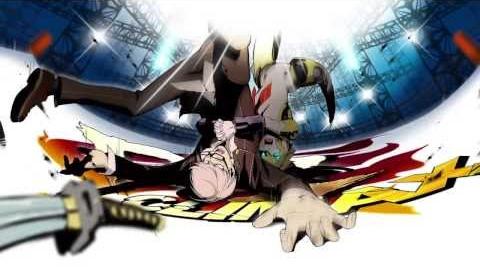 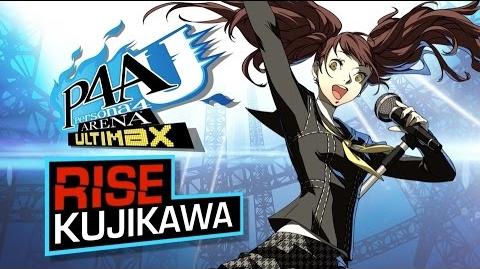 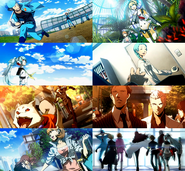 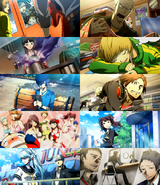