The game allows the player to choose the gender of the protagonist, which possibly opens up new routes and scenarios in the story. The theme of the game revolves around the butterfly effect, reflecting the changes that happen should the player pursue the path of one protagonist over the other, and the Latin phrase memento mori which literally translates as "remember (that you have) to die," as shown in the opening sequences.

Unlike other renditions of Persona 3, the game lacks 3D environments and character models (outside of Tartarus), all anime cutscenes are gone, the graphics and audio quality were compressed, and The Answer ("Episode Aegis" in the Japanese version) is a story exclusive to Persona 3 FES and is not available in P3P due to limited storage space on the UMD.

On June 12, 2022, as part of the Persona 25th Anniversary, it was announced that Persona 3 Portable would be ported on Xbox One, Xbox Series X/S, PlayStation 4, the Nintendo Switch and Microsoft Windows via Steam and the Windows 10 Store.[2][3][4]

The Desert of Doors from the Abyss of Time seen in The Answer will still appear, however, in an extra feature known as the Vision Quest. In this mode, the party can fight stronger incarnations of the Full Moon shadow bosses — save for Arcana Magician — and partake in special battles that test the party's abilities. When all of the battles have been successfully met, a second optional boss can be fought: Margaret, Igor's assistant in Persona 4 and guardian of the Desert of Doors in P3P.

Another new addition is the ability to pick who the protagonist spends the last moments of the game with. This feature is only accessible on a New Cycle, and the protagonist can only select members of SEES with whom they have maxed social links and are romantically involved with. Both male and female protagonists have 4 choices to choose from: 1 is the default Aigis ending and 3 from the others. The male endings include Yukari, Fuuka and Mitsuru, and the female endings include Akihiko, Shinjiro, and Ken.

Navigation in P3P overworld is menu-based. Players cannot walk around as in the PlayStation 2 version, although interactions still retain the "visual novel" feel. Overworld characters are rendered in sprites.

There are now two overworld save points; Aside from the log book in the Iwatodai Dormitory, there is also one on the main character's desk at school.

In Paulownia Mall, the police station is now the only place where the protagonist can buy equipment and sell items. Aohige Pharmacy is now a buy-only store, and Be Blue V is just a part-time work site and hangout to improve the main character's condition.

From previous versions, two difficulty modes have been added: Beginner and Maniac alongside Easy and Normal from Persona 3 and Hard from Persona 3 FES:

There have been changes to battle mechanics from previous versions of Persona 3, often falling in line with convenient features and changes already present in Persona 4:

There have also been general changes to the game from previous versions:

Four Personas from Persona 4 have been added to the original P3 lineup with altered levels and Arcana affinities. The Personas from P4 are Tam Lin, Neko Shogun, Mokoi and Setanta.

The system of fusion remains relatively the same, and Heart Items released by specific Persona are still intact. However, all Personas now have the ability to produce a Skill Card when raised to a specific level. Each card can be used on any Persona to teach them a skill (for example, the Agi Skill card will teach any Persona the skill "Agi," regardless of if that Persona is naturally able to learn or inherit Agi or not). Aside from Personas, Skill Cards can also be obtained by trading gems in Shinshoudo Antiques, purchasing them through mail-order in Jika Net Tanaka, completing the Velvet Room attendant's requests, topping exams (rewarded by Mitsuru along with minor Arcana stat-booster cards) and as rewards for finding certain people trapped in Tartarus (given by Officer Kurosawa).

In P3P, the protagonists only have access to one weapon type (instead of all types like in P3 and FES); the male protagonist wields one-handed swords, and the female protagonist wields naginatas. As a result, the skills "Fist Master," "Bow Master," "1hSwd Master" and similar skills have all been combined into a single skill called "Weapons Master." Its skill card is called "Phys Boost," and all Personas which had learned a "master" ability (like Cybele with Bow Master) now learn "Weapons Master."

In addition to "Weapons Master," the new skill "Magic Skill Up" has been added in P3P. It can only be learned by Messiah, and strengthens any Magic skills used, including Almighty skills.

The Inari Sushi in Naganaki Shrine no longer grants random bonuses for item gaining and Tartarus explorations. Instead, it offers to duplicate Skill Cards, which will take 5 days to complete.

Almost all abilities can be learned through Skill Cards, with the following exceptions:

The port's differences from the PSP version aren't specified, but it is confirmed that the game will be localized in French, Italian, German, Spanish and Simplified Chinese.[5][6]

Music is composed by Shoji Meguro, with lyrics by Reiko Tanaka and Lotus Juice, and performed by Mayumi Fujita, Lotus Juice, and Shuhei Kita. The official soundtrack was released on November 25, 2009. New tracks have been composed for the female protagonist's path. 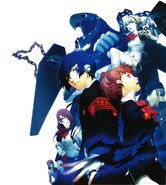 The Male and Female Protagonists 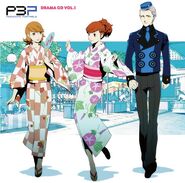 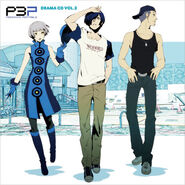 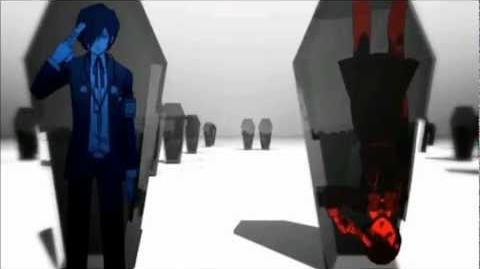 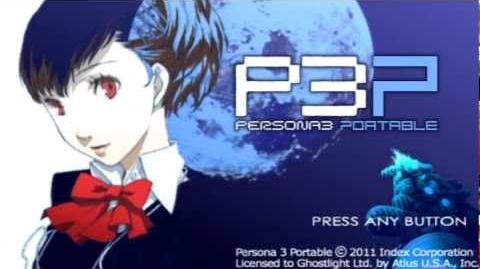