PlayStation 2
August 4, 2007
Persona 3 FES, localized in the West as Shin Megami Tensei: Persona 3 FES, is an enhanced rerelease of Persona 3 for the PlayStation 2. It contains an estimated 30 additional hours of gameplay over the original Persona 3, most of which comes in the form of an epilogue called The Answer, also known as Episode Aegis in the Japanese version. The game was rereleased as a downloadable game on the PSN for the PS3 in 2012, but only in North America and Europe.

The Journey is essentially a slightly-enhanced remake of the original Persona 3, while The Answer is an all-new epilogue that continues the story.

The term "FES" stems from the word "festival."

For information on The Journey, see Persona 3 → Plot

The events of The Answer begin on March 31, 2010, a few weeks after the end of The Journey. During the opening sequence, it is revealed that the protagonist peacefully died in his sleep while he was resting with Aigis at the rooftop of Gekkoukan High. A confused SEES can only speculate that his death is related to him using his life force to defeat Nyx. The school year has ended, and the dormitory they stayed at is to be closed down soon. Aigis reveals to the group that she will not be attending school next year.

During their last dinner party, the SEES members discover that they are trapped in their dorm, and that the day March 31st is repeating itself. Later, a large door-like hole opens in the floor of the dorm, and SEES is attacked by Metis, an anti-shadow weapon similar to Aigis. In the midst of fighting Metis to protect her friends, Aigis' Persona, Athena, transforms into Orpheus, the original Persona of the protagonist. She also gains the protagonist's Wild Card ability. Aigis is able to subdue Metis, whose actions were an attempt to end the time skip and save Aigis, who she calls her "sister."

Underneath the dorm is the Abyss of Time, the cause of the time skip. The Abyss contains seven doors, the insides of which contain multi-floor dungeons, similar in design to Tartarus; it is in these areas that the game's combat takes place. At the top of each dungeon, SEES witness an event from the past of each member. After seeing several of these flashbacks, SEES discern that the events shown in each door relates to how that member had awakened to their Persona.

At the top of the seventh and final door, SEES fights a Shadow-like version of the protagonist. After defeating it, each of them obtain a key. By combining the keys, they would be able to end the time skip and leave the dorm. However, Metis presents SEES with an alternative: instead of unlocking the front door of the dorm, they may also use the keys to travel back in time, to before the fight against Nyx and the death of the protagonist. Yukari wants this alternative because she wants another chance to save the protagonist, which Mitsuru supports her on. However, the rest of the team feels this is too dangerous, which spurs tension between the group.

Now unable to agree on how to use the keys, SEES determine that they must fight each other to decide. Aigis, Metis and Fuuka claim all eight keys, which fuse into the Final Key. Yukari attempts to steal the key from Aigis, but Metis reveals that it's impossible. Yukari finally admits her grief over the protagonist. She made a promise as well, but unlike Aigis, it was to herself. She promised to try to change the world into a peaceful one to make people stop wishing for the Fall, but admits she can't be that person and doesn't care about anything but seeing the protagonist again. The party, feeling her sorrow, comforts her. With her resolution strengthened, she decides to respect Aigis' decision of leaving the past the way it was.

After debating on what to do now, they discover a third, new door in the Abyss of Time, which the group uses (without the Final Key) to travel to the moment the protagonist sealed Nyx from the world. Metis explains that the purpose of the seal created by the protagonist was not to seal away Nyx herself (who is not inherently evil), but to prevent humanity's despair from calling out to Nyx and bringing about the Fall once more. The subconscious will of mankind to despair and wish for death constantly rebirths a monster called Erebus that summons Nyx to destroy the world; Metis implies that Erebus's contact with Nyx is what caused the Fall (that was prevented by SEES.) SEES realizes that the wishes that created Erebus also came from them, and so they fight it, and are able to defeat it. Mitsuru points out that Erebus will return regardless, as humans will never stop wishing for death.

After breaking the time loop and exiting through the front door of the dorm with the Final Key, Metis, Aigis, and the rest of SEES are summoned to the Velvet Room, much to Igor's (pleasant) surprise. It is here they learn of Metis' true origins: that she is a manifestation of a part of Aigis's personality. Distraught over the death of the protagonist, she no longer wanted to live like a human, and wished to return to being a machine. However, after being set free from the Abyss of Time, Aigis changes her mind, deciding to continue to attend school like before.

The Journey, also known as Episode Yourself in the Japanese version, is an enhanced version of Persona 3. It includes the entire original game, but with several changes:

Save data from Persona 3 can be transferred into the game, which includes the Persona Compendium, Social Stats (Academics, Courage and Charm), and items received from completing Social Links.

The Answer, also known as Episode Aegis in the Japanese version, is an epilogue of Persona 3, which continues from the end of The Journey. As The Answer is a continuation of the story of Persona 3, it is recommended to play The Journey first. Furthermore, the content of this extra scenario is mainly combat oriented, and does not involve any daily life or Social Link mechanics.

The chapter is only available in one difficulty setting, which is supposed to be on par with Persona 3's Hard mode. The gameplay is approximately 30 hours long, and has Aigis be the playable character in place of the protagonist. The story follows SEES on a new adventure involving a new dungeon, Abyss of Time, which has locked SEES in an infinite time loop within the dormitory. It also introduces a new party member named Metis, a robotic AI similar to Aigis. 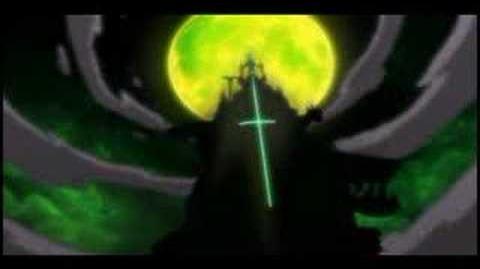 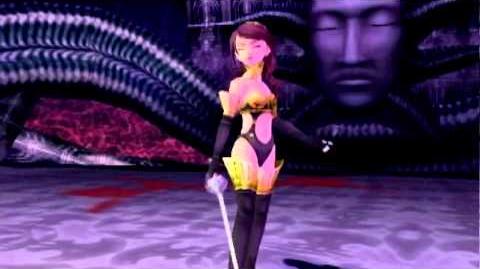