PSP Remake
April 15, 2011
Persona 2: Innocent Sin, known as Persona 2: Sin in Japan, is the second game in the Persona series on the PlayStation. Innocent Sin is followed by Persona 2: Eternal Punishment, which together, create one overarching story.

Innocent Sin focuses on protagonist Tatsuya Suou dealing with rumors in his city coming true, due to the Joker. Along the way, Tatsuya and his friends must fight the Joker and figure out Joker's identity, as well as protect their city from the second coming of Hitler and his army of robot Nazis known as the Last Battalion.

The theme song of the game is Kimi no Tonari (君のとなり), by hitomi.

Persona 2: Innocent Sin begins three years after the events of the first Persona, in 1999. The location is Sumaru City, a large fictional metropolitan area set in modern day Japan. Sumaru City becomes cursed after events during the beginning of the game that cause any rumor that spreads enough to become true.

The silent protagonist of the game is Tatsuya Suou. Tatsuya is dragged into the plot by Lisa Silverman, a fellow student who idolizes Tatsuya, when conflict between Seven Sisters High School (Sevens) and Kasugayama High School (Cuss High) begins. The two come across Eikichi Mishina, the self-proclaimed boss of Cuss High. After getting into a fight, the three play a game summoning the Joker, a mysterious antagonist rumored to appear before anyone that calls him. Anyone who fails to tell Joker their wishes, either because they lack one or refuse to tell him, has their "ideal energy" stolen, reducing them to ambition-less shells called Shadow Selves. Once summoned, Joker claims that the three students had done something terrible to him in the past, and is angered when they do not recognize him. Swearing revenge and wielding an odd Crystal Skull, he departs, leaving the trio confused and eager to learn more about him. Later on they make a point of saying that Tatsuya and the Joker look alike.

Eventually, the three students are joined by Maya Amano and her friend, Yukino Mayuzumi, who returns from the first game and is already familiar with demons and capable of using her Persona. The five then search for Joker, the source of all rumors that spread becoming reality. Their search leads the group to clash with a cult-like following known as the Masked Circle. It is later revealed that the original Masked Circle was the group of friends including Tatsuya, Maya, Lisa, Eikichi, and Jun when they were all kids. After debunking numerous rumors and defeating several members of the Masked Circle, the group meets with Joker, who then reveals himself to be Jun Kurosu, the fifth childhood friend and member of the original Masked Circle. Eventually, the widely spread rumor that the Fuhrer had survived World War II with his secret forces, the Last Battalion, surfaces and his forces invade Sumaru City. Tatsuya and the others fight off both remaining Masked Circle members and the Last Battalion soldiers to obtain the crystal skulls, defeating their own Shadows in the process.

Towards the end of Innocent Sin, Tatsuya and the others board an alien spaceship known as the Xibalba, another rumor that had spawned into reality. In the deepest parts of Xibalba, the group finds the Fuhrer, wielding the Spear of Destiny (the spear that pierced Jesus Christ that is said to leave a mortal wound the second it strikes flesh) and defeats him.

At the conclusion of the game, it is revealed that all of the events had been orchestrated by Nyarlathotep in an attempt to show that the negatives of humanity would outshine the positives, contrary to Philemon's beliefs. Nyarlathotep then takes his true form and fights Tatsuya and the others. After the fight, Nyarlathotep manipulates Maya Okamura into striking Maya Amano with the Spear of Destiny, killing her quickly. With the prophecy fulfilled, the Earth's rotation suddenly stops, destroying everything on the surface of the planet, save for Sumaru City. Philemon tells Tatsuya that there is a way to prevent Maya's death and stop Nyarlathotep from destroying the world. Tatsuya agrees to create a new timeline in which Nyarlathotep is not successful, in exchange for everyone's memories.

The remake features an updated user interface, tweaked character portraits designed by Shigenori Soejima and Masayuki Doi and heavily improved controls, but it still keeps most of the game's original gameplay systems. The battle system, however, no longer uses the Strategy menu from the PS1 version, but adds adjustable difficulties and battle cut-in portraits like in Persona 3 and Persona 4. Many enemies and bosses had their Attack, Defense, Magic Attack, and Magic Defense stats lowered, resulting in an easier experience compared to the PS1 version. The remake also includes Sumaru Climax Theatre, a theater which features side-stories written by various other authors from Atlus, including one written by Tadashi Satomi, the original scenario writer for the first 3 games. The stories are like mini-quests where in the end, players will have to face a boss. Additionally, players can make their own quests in the Japanese version of the game (the feature was omitted from the English release).

In addition, players can select whether they want to hear the old soundtrack of the original game or listen to about 100 new arrangements of the original soundtrack. The arrangements make use of guitar sounds, J-Pop, and other modern music genres. The voices have been remastered for the Japanese version, but Atlus did not re-record anything due to some of the original voice actors having retired.

There is an all-new opening movie created by Studio Satelight titled "Unbreakable Tie." The opening was supervised by Hirotaka Marufuji with music by Lotus Juice. The original opening is still viewable in the game's gallery.

Two Bundle Packs were released in European regions, the first bundled with Persona 3 Portable and the second with The Legend of Heroes: Trails in the Sky, both of these were released on the Playstation Network as Digital Only Bundle in 2012. 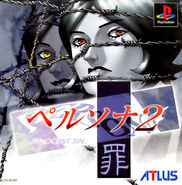 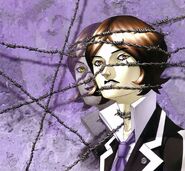 Full Artwork of the boxart for original Japanese Version

Artwork of Tatsuya and Maya, along with their Ultimate Personas. It was also used for the PSP remake's cover.

Promotional artwork of Tatsuya Suou and his Persona, Apollo. 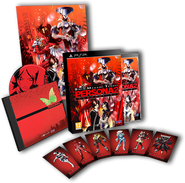 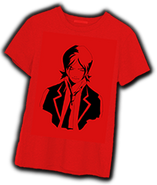 Limited Edition Tshirt that came with the European Collector's Edition

Persona 2: Innocent Sin & The Legend of Heroes: Trails in the Sky Double Pack from the European PSN 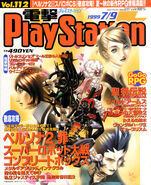 Tatsuya, Lisa and Eikichi as they appear on the cover of a 1999 issue of Dengeki Playstation

Tatsuya on the cover of a 2001 calendar 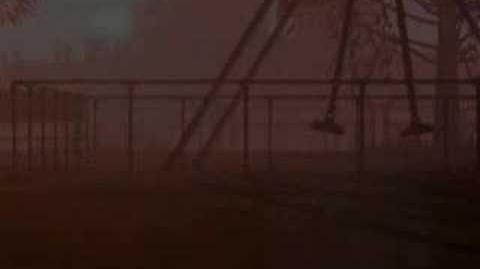 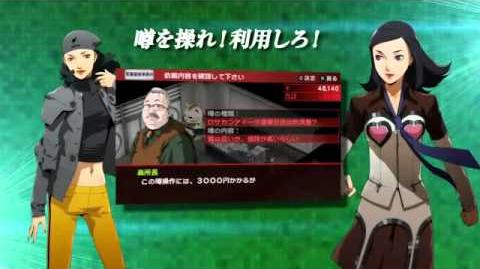 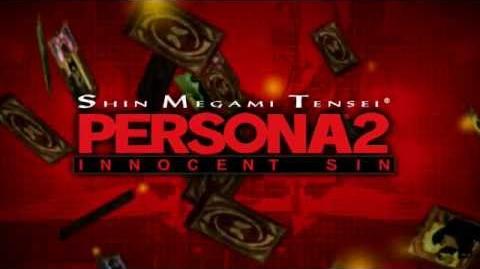 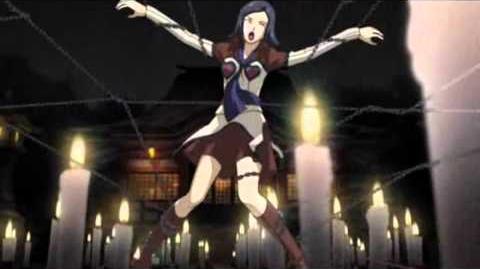