Persona -trinity soul- centers around three brothers with the ability to use Personas. The oldest brother, Ryo Kanzato, is a police chief who is keeping the mysterious Reverse cases secret from the public. When his brothers move back in with him, they get involved with Marebito, a group of rogue Persona users.

The soundtrack was composed by Taku Iwasaki, whose work also includes anime such as Soul Eater, Tengen Toppa Gurren Lagann, and Black Cat.

Nippon Ichi Software released Persona -trinity soul- in the United States in July 2010 with subs only. They offered a preorder package for the US release which included two discs with the first and second season, the official artbook which also includes the book from the anime "A Whale's Feather," and a two sided poster. One side with art from Persona -trinity soul- and the other side is art from another anime NIS released, "Toradora!" 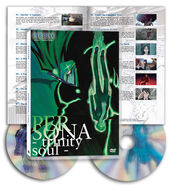 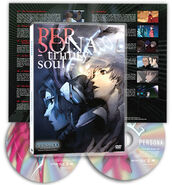