Order of the Holy Lance

The Order of the Holy Lance (聖槍騎士団, Seisō Kishi Dan)?, or Longinus 13 (ロンギヌス・サーティーン, Ronginusu Sātīn)?, are powerful robotic enemies in Persona 2: Innocent Sin, the elite soldiers of the Fuhrer's Last Battalion. They get their name from their thirteen members and from the legend of Saint Longinus, the Roman soldier that stabbed Jesus Christ with a spear when he was crucified.

"The Last Battalion's anti-Persona unit made of 12 knights who pilot the Marionette Jaeger "Himmel Feurer.""
—Order of the Holy Lance introduction

All of the Longinus mecha carry a "Longinus copy spear" (the "original" one, the Spear of Destiny, is held by the Fuhrer), capable of sealing Personas away, making them formidable opponents. The 13 Longinus robots all have different voices and personalities. In fact, they were all originally intended to be female, but this was changed before the game was finalized.[citation needed] They're most likely based on Himmler and his Round Table of 12 Lieutenants.

The Longinus 13 are apparently the executors of the Himmelsfeuer "Marionettenjäger" (Heavenly Fire "Marionette-Hunters.") This means, in short, that their job is to hunt Persona users, especially the Masked Circle members and the Joker. The Fuhrer also intends to use them to replace the 12 Zodiac Houses and Seven Sisters High School and raise Xibalba using their power.

The player meets all thirteen Longinus mecha during the game, but does not necessarily fight all of them.

Unlike all of the other Longinus, he wields a white mech that has extra sensors on its "head" piece.

Longinus #10 and Longinus #12 are the only female pilots of the Order.

The Order of the Holy Lance and Fuhrer use the dedicated battle theme which begins with an orchestral intro and then followed by the more electronic rhythm for the rest. The exact lyrics of the choirs are not written in any form, but phrases like "Hitler!", "Heil Hitler!", "mein Führer!" from the Nazi salute are recognizable. 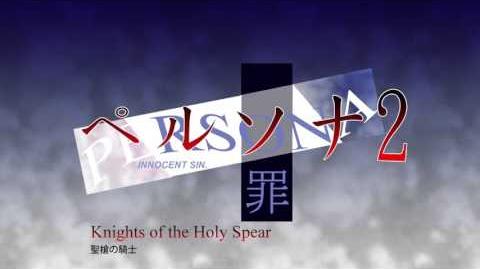 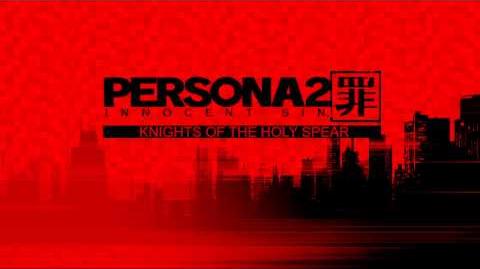 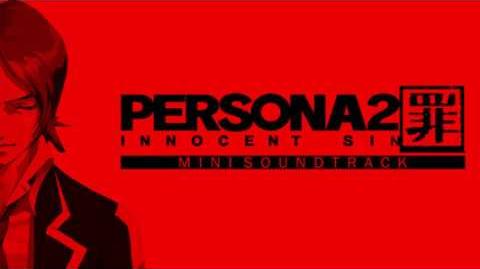