Beings that traverse into the modern world from a plane of existence called the Idolasphere. They are attracted to humans with Performa; a manifestation of creative energy. Some are benevolent and aid the player-characters, while others appear as enemies and seek to drain humans of all their Performa.

The Mirages come from a world where they have engaged in endless battle, eventually losing unnecessary parts of their original self in order to become more efficient in combat. They are heroes of this world they come from. Humans that have their Performa drained by malevolent Mirages are susceptible to turning into a corrupted form of the Mirage.

The most prominent are based on characters from the Fire Emblem series, while the common encounters are derived from the traditional roster of Shin Megami Tensei demons and Fire Emblem classes.

These Mirages were the ones alongside Marth participated in the Opera of Light to combat the Opera of Shadows to stop Medeus and Gharnef in the past. In the present, they gave the party a series of combat trials within the Illusory Area of Memories to see if they had the strength to perform the Opera of Light, then enhance their souls with their own. 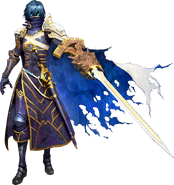 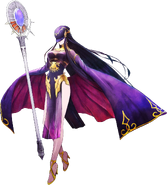 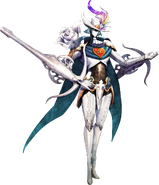 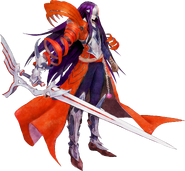 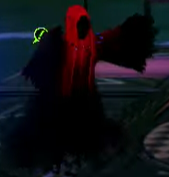 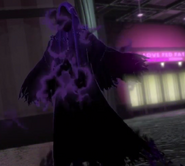 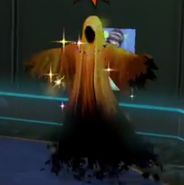 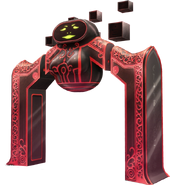