Sayaka Ohara (Redux)
"I am Mem Aleph. She who remembers the Earth and speaks for it... I must protect the Earth that overflows with life! I will not let the lost souls who have cast aside their future destroy it!"
—Mem Aleph, Shin Megami Tensei: Strange Journey

Mem Aleph is a Demon in Shin Megami Tensei: Strange Journey. She is the master of the Schwarzwelt.

Mem and Aleph are the two romanized Hebrew letters, מ and א, the equivalents of the Latin alphabet's M and A respectively.

In Jewish mysticism, Mem and Aleph are two of the three letters that are called the Mothers. With the three representing the primordial elements of air (Aleph), water (Mem) and fire (Shin). These three elements are said to give birth to creation.

According to The Woman’s Dictionary of Symbols & Sacred Objects by Barbara G. Walker, "MA" is the sound of the Divine Feminine and Mother. Mem meaning “water,” and aleph, ”the beginning.” Divine maternity, cosmic birth, nurture and the female wisdom principle in most of the world’s languages. Goddess of creation is a recognized essence in every reach of our universe.

However, Aleph (א) in the conventional Hebrew language does not represent the vowel /a/ but a glottal stop. The vowel /a/ is otherwise denoted by niqqud as diacritics in the dictionary or not shown at all. "Mother" in Hebrew is spelled "אמא" and pronounced "imma."

Mem Aleph is said to be the creator of the Schwarzwelt, the mother of all demons, the mother of the human soul, and the mother from which all life on Earth originates; though this claim later proves to be at least partially untrue as it's shown the Schwarzwelt has existed before her, and continues to exist even after she is destroyed. Nevertheless, she is the entity who unleashed the realm on Earth, seeking the destruction and renewal of humanity.

For most of the game, she remains asleep in her lair in Sector Horologium B9F. She is usually the final target the protagonist has to destroy to complete his mission in the Schwarzwelt and the game ends after destroying her in the Law and Neutral Routes. In the Chaos Route, the protagonist agrees to carry out her will. In any "New" Routes in Redux however, she must be destroyed before confronting the true final boss.

In the Chaos Route, she reveals that she went into the Schwarzwelt and watched the humans in the ancient past, all the while taking the ideal energy of the creatures and humans of earth into the realm. Eventually, the corrupt and destructive desires of mankind began to influence it, changing it into the uninhabitable realm for humans that is seen in the game. As this happened, so too did the Earth begin to rot. The Cosmic Eggs and the Schwarzwelt are intended to work together in order to reconstruct the rotting Earth to a planet full of life like in ancient times.

If met in the Law route, she claims that she finds a world ruled by angels and their arrogant god to be terrible, and plans to put a stop to the humans in order to protect the earth full of life. She also curses The Three Wise Men, who have forgotten their obligation. On the Neutral Route, she instead regrets that humans are no longer the beautiful souls they once were and now only seek destruction instead of coexistence with the old gods. Her defeat on the neutral path has her question how much power the protagonist has, while still saying that they cannot create a future before she dies. The Exotic Matter dropped by her is then used to empower the weapon that destroys the Schwarzwelt.

In the Chaos Route, she isn't fought, and instead welcomes the protagonist, bestowing upon him power as a sign that they are connected. She states that all that they have done in the Schwarzwelt has been to make them into soldiers capable of reshaping the human world, and orders both him and Jimenez to retrieve the eggs. After collecting the Four Cosmic Eggs and bringing them to Mem Aleph, she describes how humans and demons are like opposite sides of a mirror. So if humans are beautiful then so are the demons. She gives the protagonist her Exotic Matter in order to open the gate to Earth, which results in her crumbling to pieces and becoming one with the Cosmic Eggs in order to become reborn and one with the new Earth. She speaks one last time from the Cosmic Eggs after the defeat of Zelenin, where she states she will always be with the protagonist. Earth is then transformed into a hellhole where people fight and slaughter each other almost aimlessly, the "world of hope" that the protagonist, Jimenez and Mem Aleph envisioned.

However, if met in the New Chaos Route, Mem Aleph will become hostile unlike the original Chaos Route. When met, she is appalled by the protagonist and Jimenez trying to create a world where humans and demons live as equals under freedom; revealing her hypocrisy and biased nature, that despite claiming how humans and demons are like two sides of a mirror she does not care for them at all and wouldn't hesitate to drive them to extinction for her own gain. She denounces the idea of "freedom and possibilities" as abhorrent and the cause of humanity's corruption of the world and openly detests the idea of humans reaching the level of demons, even going so far as to imply that Jimenez and Bugaboo should never have been born. Deciding that talking was pointless, Mem Aleph assaults Jimenez and the protagonist in a fierce battle which results in her death at their hands. After her death, Louisa Ferre appears and mocks her for looking down upon humans and not recognizing their potential.

In each path, her form is at first impossible to comprehend and requires a different solution to view it. In the Neutral Route, the power bestowed upon the protagonist by Gore allows him to view her form, in the Law Route Zelenin uses her song to weaken her to the point that the protagonist can see her form and in the Chaos Route Mem Aleph breathes on him which gives him power that allows him to view her humanoid form.

A statue of her is found in the Ring of Gaea's main temple at Tsukiji Hongwanji being worshiped by the Gaians, with the implication being that she is the "Gaia" worshiped by the cult throughout the series.

Mem Aleph can conceal her true form from humans, suggesting immense power. When she breathes, it causes the Schwarzwelt to tremor. At the cost of her life, she can give power to the Cosmic Eggs.

Almost all of Mem Aleph's skills are completely unique and are the most powerful spells of their element. The attacks are actually the name of their element, such as Fire, Ice, etc. She also has other unique skills, such as Great Flood (Almighty, lowers Agility). She is also able to completely nullify stat changes and set them back to their original state and heal herself with Reason's Start. She also has an ability called Mother's Kiss, which does a number of hits of high damage.

Her non-unique abilities are all boss unique ones still, such as Asura Roga and Disaster Cycle.

In her second form, she has become a being of raw power. She also shows the ability to warp reality according to demonic alignments with her titular ability Mem Aleph, which dismisses all demons of a randomly selected alignment. She also exhibits randomly shifting resistances. Another ability, MA, attempts to kill a demon or even the protagonist without using Light or Dark (and gaining said demon's HP value), showing she is capable of taking away life just as much as she gives it.

Bring a wide variety of demons of different alignments, and with a different variety of attack types, as Mem Aleph can dismiss all active demons of a particular alignment. Having demons with Invitation or Sabbatma can help in filling out the party if too many get dismissed. If the party lacks immunity or resistance to both Expel and Curse, bring along a few Tetraja Stones to keep a fresh defense against Light and Darkness. Resistance to Phys at minimum is almost mandated to avoid losing to Mother's Kiss, which is a strong Physical attack that hits 3-8 times randomly. Demons like Ongyo-Ki, Metatron, Trumpeter and Kohryu become very valuable allies regardless of alignment due to their excellent all-round resistances.

The usual strategy of buffs and debuffs are important to survival. Mem Aleph's first form can use Reason's Start to erase buffs, but will only do this if she's at -2 on any debuff or a party member is at +2 on any buff. Hence, a single Debilitate and Luster Candy is the most that can be used. If the party has demons with Jihad/Antichthon, constantly throwing them out can force Mem Aleph to always use Reason's Start during her turn, sparing the team from a lot of damage while they wail on Mem Aleph.

Mem Aleph's Empty form is a lot less willing to throw out Reason's Start, letting the party get away with more Luster Candy and Debilitate castings than her previous form. Her increased stats, though, will pretty much mandate all these buffs and debuffs. She also gains MA, an instant kill attack that steals her target's HP; it can miss, though unlikely, and it registering can dramatically alter the flow of battle. Avoid using Tetrakarn, Makarakarn or any Attack or Magic Mirrors, as Mem Aleph will respond with MA. When it comes to trying to survive MA, equipping the Dragon Ring, which bestows Endure to the protagonist will help in avoiding an unceremonious defeat.

Mem Aleph's Empty form also changes its resistances to elements that aren't Expel or Curse, and the trigger for this change in affinities is unknown. In the original version, the Gibo Eyes sub-app is very valuable to have here, as it reveals which attacks she reflects and, by proxy, which attacks she's weak to. In Redux, it can pay to use weak attacks of varying types to reveal her affinity to each element so that the party see what she's currently vulnerable to. She starts repelling Phys and Gun and weak to Fire, and when she shuffles her resistances, the result is randomly chosen from one of the following: 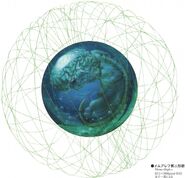 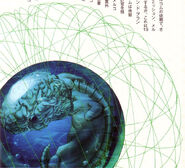 Mem Aleph in her Empty form