Masks (仮面, Kamen)? are recurring items in the Persona series. As Persona literally means "mask" in Latin, it has been used throughout the series in a symbolic and literal way both in-game and in official artwork.

Philemon uses masks as a metaphor when explaining the concept of a Persona to the protagonist. Many other important masks appear throughout the game, such as the Snow Queen Mask and the Totems used to fuse Vishnu and Nyarlathotep: the Avatar and the Faceless Mask.

Masks play an important role in the game. The members of the original Masked Circle used Phoenix Ranger Featherman masks in order to hide their identities when playing "Masked Circle" together. For some of them, like Eikichi Mishina and Lisa Silverman, who were bullied by their peers due to their weight and ethnicity, respectively, it was a way to hide their insecurities. Joker and his four executives also hide their identities using masks as a nod to the original Masked Circle. In Innocent Sin, those masks are also used as means to summon the characters' Ultimate Personas. Masks were also used for draining Ideal Energy.

All character-exclusive Personas are also humanoid in design, as if their hosts were wearing a costume. This is evidenced by a piece of official artwork showing that Artemis looks like a yellow-eyed Maya Amano under her helmet. In the PSP ports, the icon used to represent the Velvet Room in shopping malls is a mask.

Kazumi Kiba and Rihito Shimizu first encounter Igor in a mask shop, where he explains how they've been used throughout the ages by humans in symbolic ways.

All enemy Shadows have masks whose color and design change depending on their Arcana. The "Change Persona" icon in the battle interface of Persona 3 is also represented by a mask.

The Velvet Room is represented by a mask icon.

Masks function as a summoning medium for the protagonist and the other members of the Phantom Thieves of Hearts. It appears to be symbolic of their Personas, as captured Personas are shown taking the form of masks, rather than the Tarot Cards they were previously contained in.

The Phantom Thieves of Hearts realize that society forces people to wear masks to protect their inner vulnerabilities, and by literally ripping off their protective mask and confronting their inner selves do the heroes awaken their inner power, and using it to help those in need.

To acquire a mask, a potential Persona user must be in the Metaverse and must acknowledge that they are being wronged by someone in the real world. Their Shadow Selves will speak to them, asking if they are willing to rebel against these wrongdoings. Should they accept, their eyes turn yellow and a Mask appears on their face, requiring that they rip it off and bleed. Once they do so, their Shadow Self manifests into a Persona, granting them the power to fight Shadows.

The mask permanently appears on them whenever they enter the Metaverse and becomes their medium to summon their Persona. While removing them to manifest the Persona for the first time inflicts them with great pain, they can remove it freely on subsequent attempts without inflicting any pain on themselves. Morgana also describes the masks, and by extension, their appearances when traversing the Palace, as representations of their rebellious wills. Each member of the Phantom Thieves has a unique mask that is manifested from their sense of rebellion.

Shadows in Palaces appear as masked humanoids that take a form based on their owner's cognition. However, breaking them reveals Shadows resembling mythical figures, which can be battled or negotiated with much like their Shin Megami Tensei counterparts.

Futaba Sakura is an exception to this rule. When her Persona awakened, it manifested in the form of Shadow Futaba in Futaba's Palace, thus when she awakened to her power, Shadow Futaba merely transformed from Shadow to Persona instead of becoming a mask she has to tear off.

When Sumire Yoshizawa first awakens to her Persona, she does not manifest any blood when she tears off her mask: instead, a pink screening forms her Phantom Thief attire. This is because the awakening was fake; as she took the identity of "Kasumi," a cognitive overlay placed on top of her true self. During Sumire's real awakening, blood gushes out when she tears off her mask, just like the rest of the Phantom Thieves.

"Are you aware that there are many "selves" you harbor within you? The "self" suffused with divine love... the "self" capable of demonic cruelty... People live by wearing different masks. Your current self may be only one of those innumerable masks."
—Philemon
"Regardless of race or culture, masks exist in every nation around the world. The intention of the powerless people was probably due to the compelling desire to disguise or incarnate oneself as a different person. Humans and masks are connected in this way. The many aspects that people have, the self suffused with divine love and the self capable of demonic cruelty, are also masks. Masks are indisputably not for concealing one's appearance, but probably for human beings to express the various characteristics they are made of."
—Igor

The Velvet Room, and many masks representing different Personas

An unmasked Artemis looming over Maya 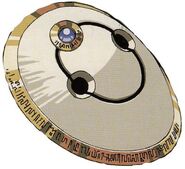 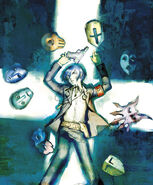 The protagonist of Persona 3 with Shadow Arcana masks 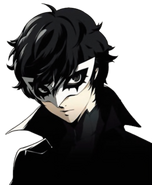 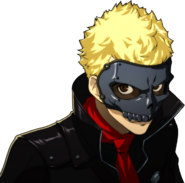 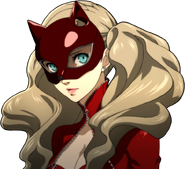 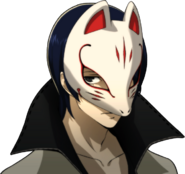 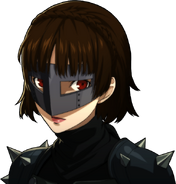 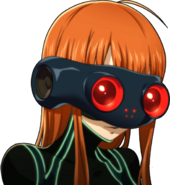 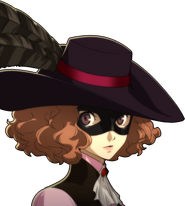 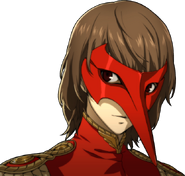 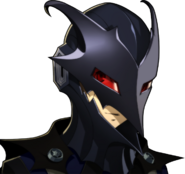 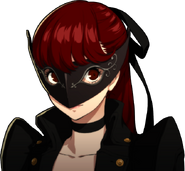 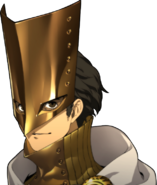 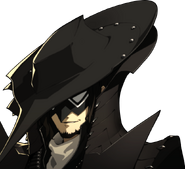 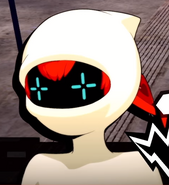 Joker ripping the Mask off an enemy
Community content is available under CC-BY-SA unless otherwise noted.
Advertisement