Magatama (マガタマ*)? are a parasitic entity appearing in Shin Megami Tensei III: Nocturne, which functions as a combination of armor, weapon and spellbook.

Magatama is a curved, comma-shaped bead. First made of stone and eventually made exclusively of jade, it is used both as jewelry and ceremonial objects. In later Japanese mythology, Susano-o presented a Magatama necklace to his sister Amaterasu from the jewel-making deity Tamanoya-no-Mikoto, and when she bit off pieces of the jewels and blew them away, they gave rise to new deities.

In Japanese, Magatama is usually written as "勾玉" which literally translates to "curved jade." It can be often seen in Japanese culture, including the Japanese demons in the Megami Tensei series, such as Kikuri-Hime and Mitamas. But in Nocturne, it is written as "禍魂" meaning "malevolent spirit." In Digital Devil Saga duology, it is seen as "禍弾" meaning "evil bullet."

Kaneko's design for the Magatama draws inspiration from the Metallinome alien from the 1967 TV show Captain Ultra.

After the Conception, a young blond child who the protagonist encountered earlier in the Shinjuku Hospital brings the protagonist into contact with the Magatama, resulting in a parasitic fusion that partially altered his body. According to the old nurse alongside the child, Magatama is the very essence of a demon, and as such, it is capable of turning a normal human into a demon. The transformation was necessary to allow him to survive in the now demon-ridden Vortex World.

The protagonist awakens in the morgue and is now known as the Demi-fiend, an individual that possesses the appearance of a demon but retains his human heart. A horn that grew on his nape serves a symbol of his being one with the Magatama. Kazuma Kaneko has stated that the horn is actually a primitive brain or sensory organ. Through the development of this horn, the Demi-fiend acquires the actual powers of a demon and is capable of using magic and directly interacting with demons. In the same way, the tattoos are meant to evoke a form of branding that marks him as different from human beings.

At first, Demi-fiend merely develops the strength to fight with demons on equal terms, as well as communicating with a variety of races for possible purposes of negotiation, recruitment and collecting information. As he grows stronger, the Magatama grants him new abilities ranging from regular attacks to special powers that no demon has ever seen nor used.

Each skill on every Magatama has a level requirement to learn, which isn't listed by numbers. The signs of learning a skill can only be seen from each Magatama icon's glow and movement on the equip screen:

There are times that the Magatama within Demi-fiend's body will act up, and the effects of letting it do so can be either beneficial or detrimental to him. He can either be healed (on his own or all of his demon comrades), receive a permanent statistic increase, become inflicted by a status ailment, or a powerful curse (different from the regular "curse" status ailment.)

The actual nature of the Magatama themselves is not heavily explored. Though they move on their own, it is mentioned that they are not actually living things. They are also described as "spirit(s) of misfortune" by the Lady of the Fount, hence the occasional curses they place on the protagonist.

When a Magatama is mastered (that is, when all of their potential moves have either been learned or forgotten), they will give "alignment points." In Nocturne, the Magatama alignment points change Demi-fiend's race. This is cosmetic and has no effect on the rest of the game, aside from a few doors in the Labyrinth of Amala's Third Kalpa, which only open for certain alignments: one for Neutral, one for Light and one for Dark.

Throughout the game, the protagonist can collect a total of 25 Magatama, all sorted by three elements, Dark, Neutral and Light. Most of them can be bought in Junk Shops, but others can only be gained by defeating bosses or completing special tasks.

Demi-fiend's Race title changes according to which and how many Magatamas he's mastered. There are three colors of Magatama that correspond to different alignments - Light ones are pale blue, Neutral ones are green, and Dark ones are dark blue. The Demi-fiend's "alignment" becomes Light or Dark if he's mastered more of the corresponding Magatamas than the others, and he's neutral if he has an equal mastery of Light and Dark Magatamas or has more Neutral ones mastered than the others.

The Demi-fiend's alignment and title is largely cosmetic, save for opening certain doors in the Third Kalpa of the Labyrinth of Amala that house Shady Brokers. A Demi-fiend who has mastered all Magatama will inevitably be Neutral, locking himself out of the special Arahabaki and Preta offered by the Light and Dark Shady Brokers, but will have permanent access to purchase of Deathstones.

Magatama appears as a rare reward for defeating the Demi-fiend from either the original event boss or the stronger version that appears in Abyss Tower. In IMAGINE, the Magatama is a synthesis material that can be infused into a player's ring. Within the Abyss Tower, ring upgrades for the Amala Ring are named after a number of the Demi-fiend's obtainable Magatama.

While translated as "Bead" in the PS English version, items with this affix are originally named Magatama in the Japanese version which includes all kinds of elemental attacks of the highest tier, -kaja stat buffs and physical/magical attack repelling shields.

On a side note, the only equivalences in Innocent Sin are physical/magical attack repelling shields which are named Physical Guard and Magical Guard instead.

As a cameo in Persona 3 FES, the Magatama appear as rewards for completing some of Elizabeth's Requests. A total of 4 Magatamas can be collected, where each of them represents the strongest elemental spell upon used, namely Flame Magatama, Ice Magatama, Shock Magatama and Gale Magatama.

The Magatamas return in Persona 4, they now do a set 150 damage of one element. They are called Hell Magatama, Cyclone Magatama, Arc Magatama and Frost Magatama. These four items replicate the effect of the unique severe tier elemental spells learned by Surt, Odin, Thor and Loki respectively.

Magatamas return once again in Persona 5, including some new versions. The Fire Magatama and Gale Magatama can target all enemies, and the Blast and Godly Magatamas deal Nuke and Psy damage, respectively.

Elemental Magatamas appear once again in Persona Q. The Scorching Magatama, Zero Magatama, Bolt Magatama and Storm Magatama are expendable items which inflict to all enemies 150 damage of Fire, Ice, Elec and Wind damage, respectively. Theodore requires 3 Cracked Crystals from floors 1-3 of the Clock Tower to create them.

Magatama is the strongest Ammo available in Digital Devil Saga: Avatar Tuner. It's contained in an ammo node located in the lower section of Muladhara's lower layer, which is only accessible after traversing a section of the Samsara Tunnels connecting Muladhara to Manipura and defeating Beelzebub. In the sequel, Digital Devil Saga: Avatar Tuner 2, it can only be obtained by defeating the optional boss Jack Frost in the third layer of the Sun.

Magatama as it appears in Shin Megami Tensei IMAGINE 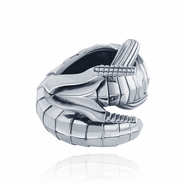 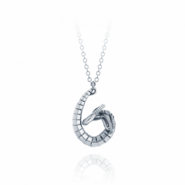