Karukozaka High School (軽子坂高校, Karukozaka Kōkō)? is a location in both Shin Megami Tensei: if... and in the PSP port of Persona 2: Innocent Sin.

The setting of the game, it is just a normal high school until being transported to the Expanse by Ideo Hazama. The fate of the school rests in the hands of the protagonist, and whether the school and the students are returned to the human world depends on the partner chosen by the player.

Hee-ho-kun can be found in a room on 3F and will automatically join the party. In the PlayStation version, after defeating Vine in the World of Pride, Alice can be found in the same room during Full and New Moons. She will ask if the protagonist and their partner would like to be her friends, which of them would like to play with her and if they are willing to die for her. The chosen character will die, giving the protagonist a quick way of gaining new Guardians.

Depending on their levels, the protagonist will fight either Faunus or Melusine in the school gym, gaining the Ring of Humility that unlocks the portal to the World of Pride. After obtaining the ring, other demons can be found inside the gym until the protagonist has reached level 10. Afterwards, the gym can be turned into a Cathedral of Shadows either by hearing about it from a Pixie via negotiation or talking to the student in the soccer clubroom.

Due to plot reasons, the school will be empty except for Nurse Kayama when the protagonist first enters the World of Sloth until obtaining either the Ring of Tolerance of Gentleness and after obtaining the Ring of Kindness in the World of Greed. The upper floors of the school will also be unlocked, and Hazama will be waiting on the top floor. There are many pitfalls on 5F and 6F and a Fiend-spawning spot on 6F.

It is visited in the PSP rerelease of Persona 2: Innocent Sin in the Climax Theater quest "Persona Thief." No characters from if... reappear, with the exception of Otsuki. The game also refers to it as Karu High. 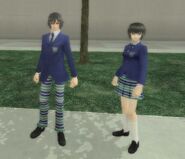 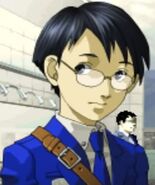 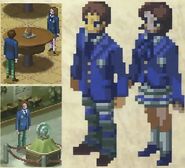 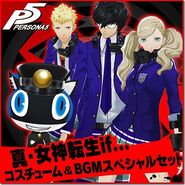