Cherami Leigh
"Have you decided to tread the path of strife...? Very well. Let us proceed with our contract at once. I am thou, thou art I... You have finally found your own justice... Please... Never lose sight of it again. This memorable day marks your graduation from your false self..."
—Johanna, Persona 5

Johanna is a Persona in Persona 5.

Johanna is based on Pope Joan, a legendary medieval woman who reigned as pope for a short period, going against the Catholic Church's ingrained tradition of male popes. Though the story was widely believed for centuries, modern historians have found no evidence of her existence and believe the legend to be a work of fiction meant to discredit the church.

Most versions of her story describe her as a talented and learned woman who disguised herself as a man, often at the behest of a lover. In the most common accounts, due to her abilities, she rose through the church hierarchy and was eventually elected pope. Her sex was revealed when she gave birth during a procession, and she died shortly after, either through murder or natural causes. The accounts state that later church processions avoided this spot, and that the Vatican removed the female pope from its official lists and crafted a ritual to ensure that future popes were male.

"The mysterious female pope of the Middle Ages. She posed as a man and eventually made it all the way up to pope due to her unrivaled intellect. Her existence shook the history of the Catholic church."
—Persona 5 compendium

Johanna is the initial Persona of Makoto Niijima. Johanna appears to take the form of a silver motorcycle, with Johanna's face on the front of the motorcycle. Makoto appears to be the one driving Johanna.

After Makoto joins the party, the protagonist can borrow The Illusory Popess, a book that is based on Johanna, from the Shujin Academy Library. It boosts the Kindness stat upon completion.

Makoto and her Persona Johanna.

Makoto drifting with her Persona Johanna.

Johanna as she appears in Persona 5 The Animation 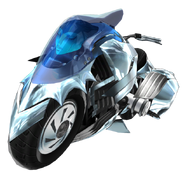 Johanna in Persona O.A. (No Background) 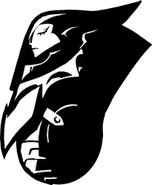 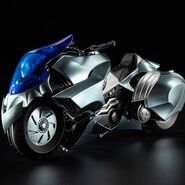 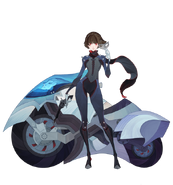