October 1995
Jack Bros. is a game released for the Virtual Boy in 1995. Its pre-production name was Devil Busters, which was soon changed.

The game is set on Halloween, where the narration explains that fairies take advantage of the special night to visit the real world. Unfortunately, the character has lost track of time and must now rush to make it back before midnight or face never being able to return again. The player is helped by a Pixie who explains elements of each level as they arrive and warns about approaching bosses. Each of the three initial playable characters have a unique ending sequence.

The game is played in an overhead style similar to the Gauntlet series – three-dimensional Virtual Boy enhancements and monochrome restrictions notwithstanding – and is divided into six stages called areas. Each area has a strict time limit, which is reduced every time the player gets hit. Areas consist of multiple floors ending with a boss floor. In order to progress through each floor, the player must defeat enemies and collect a certain number of keys per floor before the exit to the next will open. Traps are slowly added to each level over time, such as lasers, dark zones, and warp tiles. Enemies are also introduced slowly, most with their own gimmick. Floors can also contain power-ups such as invincibility potions, special attack stars, shields, and additional time bonuses. 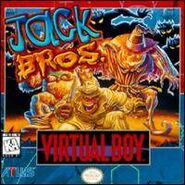 Screenshot of the game's opening

Group shot of the main cast

Group shot of the regular enemies

Group shot of the area bosses 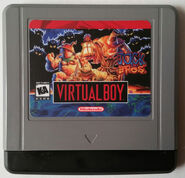