Io is a Persona in the series.

According to Greek mythology, Io was the priestess to Hera, wife of Zeus, king of the gods. Zeus took a liking to her, and to avoid detection from his jealous wife, he shrouded the place where he seduced Io with clouds. Naturally, Hera was suspicious of the cloud's formation as well as Zeus' apparent absence from Mount Olympus. When she descended, she found Zeus as a white cloud alongside a beautiful heifer.

Hera knew full well that the heifer was Io, turned by Zeus. To trap him, Hera demanded that Zeus give her the heifer as a present. Zeus had no choice but to present heifer Io to Hera, who assigned the multiple-eyed giant Argus Panoptes as her guard. Zeus sent Hermes to lull Argus to sleep, and he set Io free. Io fled to and made her home in Egypt when she became to be known as the goddess Isis.

Io is the initial Persona of Yukari Takeba that awakens not long before the protagonist's Persona. Io will evolve into Isis on the evening of 11/5. 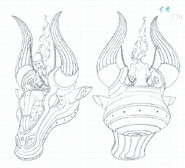 Concept anime sketch of Io in Persona 3 The Movie 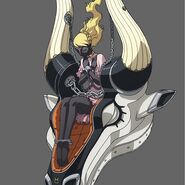 Concept anime artwork of Io in Persona 3 The Movie

Io in battle against Arcana Hermit

Io appears in Persona 3 The Movie

Io in Persona Q: Shadow of the Labyrinth 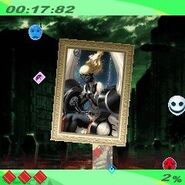 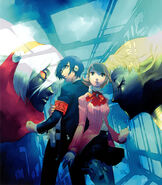 Io on the right