Nae Shiomi
"Hey, how 'bout we do this... You supply me with info on the Phantom Thieves... And I'll write articles based on what you tell me about them. You know, the Phantom Thieves who you love oh-so-much... Deal?"
—Ichiko Ohya to the protagonist, Persona 5

Ichiko Ohya is a character from Persona 5. She is an unscrupulous paparazza.

Ohya has brown eyes, black hair in a bob cut and red lips.

She wears a pair of orange sunglasses on her hair, a black shirt with a motto which reads "low life fight the power," a white long-sleeved shirt under the black shirt and blue jeans. She also carries a pink fanny pack, a camera hanging from her neck and a water bottle. Her shoes are black-and-white.

Ohya is a paparazza in her mid-20s. She will write whatever story sells, even sometimes manipulating and twisting the information in her articles for the sake of clickbait and attention, and even if it means she does not have to take the time to properly research the truth. She used to be a more stringent journalist, but a story of hers was censored because of exposing the scandal of Masayoshi Shido's cohort and was permanently reassigned to entertainment and, more importantly, led to the disappearance and framing of her partner, Kayo Murakami. Ohya admits she does not enjoy writing entertainment articles about the latest fads, yet feels she does not have a choice and is unwilling to quit her profession.

Feeling betrayed and used, Ohya became incredibly cynical, sure of goodwill and unselfish motives being a sign of a manipulator. Over the course of her Confidant with the protagonist, she gradually becomes more idealistic again and chooses to go back to getting to the bottom of the scandal, recognizing that there is a point to truthful reporting even if it does not give her the fame she wants.

She first appears before Ichiryusai Madarame's residency for investigation. Greeting the protagonist and his friends, who are there for a similar purpose, she leaves her slip for the protagonist. When the Phantom Thieves of Hearts are blackmailed by Makoto Niijima to reform a mafia boss in Shibuya, they contact and meet Ohya for intel inside the bar Crossroads in Shinjuku, she in turn requests an interviewee from Shujin Academy who has been a victim of Suguru Kamoshida's abuse. Morgana nominates Yuuki Mishima, which she accepts, and reveals the identity of the mafia boss to be Junya Kaneshiro, helping the Thieves to access his Palace.

Ohya also makes a brief appearance among the crowd of people outside the Diet Building after Shido's calling card is sent.

"Your reputation skyrocketed after a certain point. It's unnatural how much your actions were publicized. Did you have an inside man in the media? Someone who could manipulate information for you? ...What do you have to say to that?"
—Sae Niijima talking about Ichiko Ohya, Persona 5

Ohya's Confidant can be unlocked by visiting her in Crossroads in Shinjuku starting from June 23rd. All of her Confidant abilities subside the security level in Palaces in progressive effectiveness, which are helpful in avoiding surprise attacks by the enemies when being discovered, or being forced to retreat from the Palace when the security level reaches 100%. She decreases the security level of Palaces by distracting their owners with scandalous scoops.

Ohya's story revolves around her speaking with the protagonist at Crossroads as she obtains the inside scoop about the Phantom Thieves' activities to help boost their reputation. As the protagonist gives her more stories to write on, she eventually reveals that she was a more honest journalist in the past with her partner before said partner was accused of murdering a politician in a service inn. She gets closer and closer to the truth regarding her partner, but her boss retaliates by increasing her workload and threatening her contacts. The Phantom Thieves change her boss' heart, in which she is finally able to see her partner, although when she had arrived, she realized her partner was suffering from a mental shutdown. At the end of her Confidant, she realizes the protagonist is a member of the Phantom Thieves due to the convenience of the situation, but promises to keep it a secret due to the protagonist's assistance in her troubles.

Ohya can now be found as early as April 11th, speaking with a police officer about repeated psychotic episodes in the underground walkway of Shibuya while the protagonist is on their way to school for the first time.

During the first chapter of the manga, Ichiko calls Ren late at night drunk and to ask him and Ann about Shiro Asakura's murder attempt. She reveals to Ren that poison was found in both Shiro's blood and urine, and that he's still alive. Ohya also reveals that he was involved with a scandal, stating that it was believed an unnamed idol committed suicide because of sexual favors. 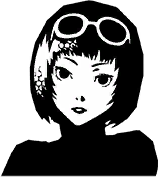 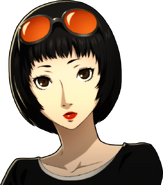 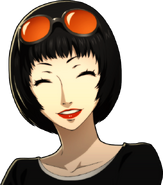 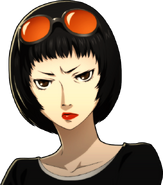 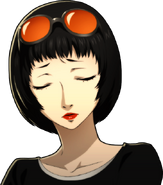 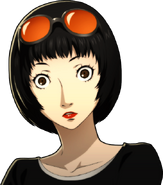 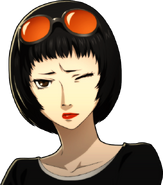 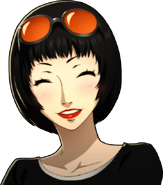 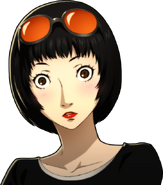 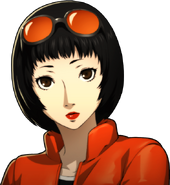 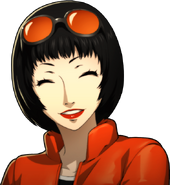 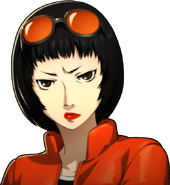 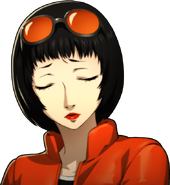 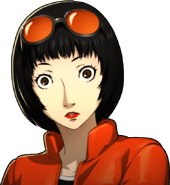 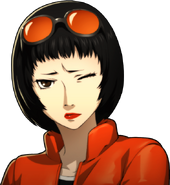 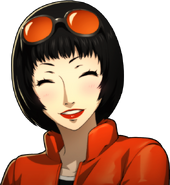 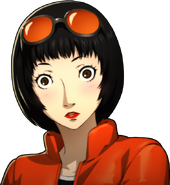