E3 2016, short for Electronic Entertainment Expo 2016, was the 22nd annual E3 event. It took place in Los Angeles, California at the Los Angeles Convention Center. The event was held from June 14th to the 16th.

Since Shin Megami Tensei IV Apocalypse came out in Japan before the event, only the localization was showcased.

While Persona 5 was being promoted in Japan during the "Take Tokyo Tower" event, it was confirmed that the game would be showcased during that year's E3.[1] An hour-long livestream was held on June 15th.

During the stream, the party member, Goro Akechi has been revealed, as well as the mechanic of Confidants. The gameplay footage has also been analyzed by the Persona Stalker Club.[2]

As Tokyo Mirage Sessions ♯FE's Western release was a week after the event, and that it was promoted during E3 2015, it received a gameplay trailer. 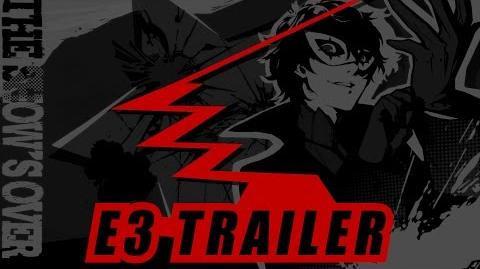 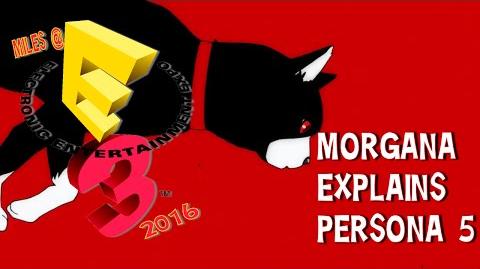 Shigenori Soejima drew illustrations on the booth at the end of last day's event.[4]

Shigenori Soejima drew illustrations on the booth at the end of last day's event.[4]