March 29, 2013
Devil Survivor Overclocked, also known as Devil Survivor Overclock in Japan, is an enhanced port of the original Devil Survivor made exclusively for the Nintendo 3DS, with development by Career Soft. The port features enhanced art, voice acting for almost every piece of dialogue, new demons and an extended story (8th Day). However, most of the game lacks 3D support, with all gameplay on the touch screen. Only the game's intro movie, title screen and Demon Fusions can be seen in 3D.

Aside from the story expansion with the 8th Day scenarios, the Demon Compendium makes a return in Overclocked, allowing the player to register and resummon his own customized demons rather than continuously repurchase them from auctions. Over 20 new demons have also been added to the game, including several powerful demons of races like Fairy and Beast to give the player a suitably high-leveled demon from those races to feasibly use in the endgame and 8th Days.

More skills are also implemented, including a larger variety of Physical skills to encourage use of strength-oriented playable characters. Training team leaders has also become less of a hassle as, like in Devil Survivor 2, all team leaders, active or not, receive some EXP when one team wins a battle. The Watchful and Vigilant skills, when cracked and assigned, can boost the EXP gain to speed up the leveling of those behind in levels.

A title and rewards system is also implemented to reward players for good performance during the game and also to slowly unlock post-game bonuses as the player accumulates these points. Along with these new changes, the player can now choose the game's difficulty level (Easy or Normal) depending on their tastes. 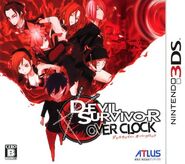 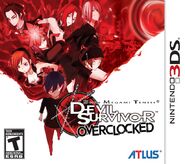