View source
watch 02:52
Roblox: DeepWoken - The Loop
Do you like this video?
Play Sound
"Occurs every day at midnight. Normal people become Transmogrified, and won't remember a thing."
—Dictionary Entry

The Dark Hour (影時間, Kage-jikan)? is a phenomenon that occurs in Persona 3. The Dark Hour occurs for an hour every night as a time anomaly that takes place during 12:00 AM, and serves as the 25th hour hidden between one day and the next. As the phenomenon takes place, non-Persona users are transmogrified into coffins and remember nothing that happens during the Dark Hour once they awaken. Because of this, the general public is unaware of its existence.

It is not clarified what the range of the Dark Hour is and whether or not it appears outside of Japan as a worldwide phenomenon, or if it is exclusive to the timezone of Port Island, though it still appears at Yakushima. If it is a global phenomenon, then it can be assumed that it occurs at midnight for every timezone.

During the Dark Hour, the physical world is totally altered, mostly with respect to atmosphere and color. The buildings, the night sky, as well as the moon would assume a sickly green hue, while bodies of water turn crimson and thicken, resembling blood (or are actually blood), as evidenced by the fountain in Paulownia Mall and the sea seen during the monorail. Red liquid puddles form in random surfaces as well, even if there were no puddles there before. All electrical appliances cease to function unless the equipment is specifically made for use in the Dark Hour, such as those made by the Kirijo Group, like Mitsuru's motorcycle and the instruments in the Iwatodai Dormitory.

Normal humans transmogrify into coffins and become oblivious to what is happening. Shadows become active during the Dark Hour and attempt to lure humans out of their coffins in order to feed on their psyches, afflicting them with the Apathy Syndrome. If an ordinary human survives the Dark Hour without being attacked by a Shadow, their memories are erased instead.

Only those with the potential to summon a Persona are able to stay fully active during the Dark Hour and resist Shadow attacks; even if they sleep, their bodies will not transmogrify, and they will retain their memories. However, one without the potential can be taught how to enter the Dark Hour, as in the case of Shuji Ikutsuki. A known side effect of people able to experience the phenomena is a significant decrease in stamina: the longer they stay awake, the more quickly they will become tired.

Those who have the power to summon a Persona are the only ones who can destroy Shadows. They use the Evoker, a device resembling a gun, to summon their Persona, the alter ego or their inner self.

Before the occurrence of the Dark Hour 10 years ago, the Kirijo Group discovered the existence of the Shadows. Upon realizing that they had the property to manipulate time and space, the group decided to perform experiments on them to refine and acquire their powers. Their project was carried out on the man-made Port Island, where a laboratory was built for such a purpose. During the course of conducting the research, the Kirijo Group collected Shadows en masse and found out the prophecy of The Fall, or the end of the world. Accepting death as a deliverance and following the wishes of their employer, the senior scientists began rejuvenating Death, the appriser of Nyx to descend on humanity to bring about the advent of The Fall.

During the final stages of Death's rejuvenation however, one of the senior researchers named Eiichiro Takeba opposed the efforts to initiate The Fall, interrupting the experiment. As a result, Death was forcefully separated into thirteen distinct Shadows, each bearing their respective Arcana, with the thirteenth shadow Death in an incomplete state.

The fragmented Shadows went berserk, destroying the lab and everyone within it. This, in turn, made a significant impact on the time continuum, creating the Dark Hour. A tower soon emerged from the ruins of the lab. This was Tartarus, considered to be the lair of Shadows.

To cover up the incident, the Kirijo Group put all of the blame on Eiichiro Takeba; altering all records of his findings and withholding all printed matter addressed to his family, making him an essential scapegoat for the tragic incident. The ruined laboratory was later rebuilt as Gekkoukan High School, but every time the Dark Hour occurs, Tartarus reemerges, altering the structure to use as its own. When the Dark Hour ends for that day, the school transforms back into its original state.

During the game, SEES' goal is to put an end to the Dark Hour and all combat in the game takes place during it.

During a Full Moon that occurs for the next few months, a fragment of Death reawakens (sometimes more than one), wishing to return to its original body. SEES is tasked to kill all of them during these Full Moon Operations as per their chairman's orders. The twelve fragments each represent a Major Arcana from the Tarot, starting from the 1st Tarot (Magician), to the 12th Tarot (Hanged Man).

A temporary simulation of the Dark Hour appears in Persona 4 Arena, particularly in Mitsuru's Story Mode. A Public Safety Officer inadvertently caused the Dark Hour through an unknown artifact that came from the Kirijo Group's Ergonomics Laboratory, though Mitsuru manages to put an end to the phenomenon. In Persona 4 Arena Ultimax, there are two new stages, both of which involve the Dark Hour:

These two stages imply that the Dark Hour has somehow returned again, and that like Port Island, Inaba has now become an epicenter for Shadow activity outside the TV World. As a result, S.E.E.S can freely summon their Personas in the Dark Hour affected real world without the use of an Evoker. Eventually it is confirmed by Akihiko, Junpei and even Naoto that the Dark Hour has returned, set up by the masterminds behind the P1 tournaments, one of them being Sho Minazuki. 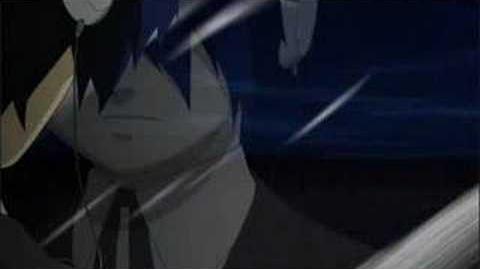 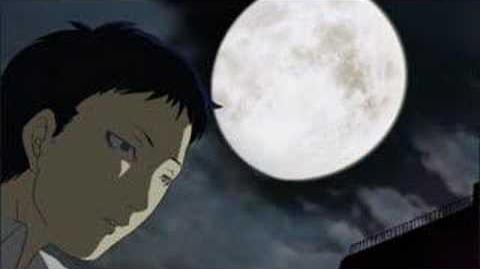 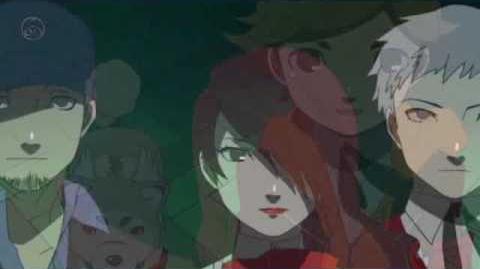 Yukari and Makoto on Yakushima's beach.

Paulownia Mall in the Dark Hour.

Tartarus in the Dark Hour.

Moonlight Bridge in the Dark Hour.

The protagonist and Yukari in the Dark Hour.