Start a Wiki
"Besides the public's reaction to your group, there were others who supported you. ...Someone who enthusiastically cheered the Phantom Thieves on. Perhaps they were quite close... ...What do you have to say to that!?"
—Sae Niijima interrogating the protagonist about Yuuki Mishima. 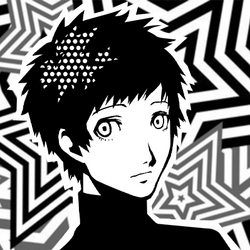 This article covers information about the Moon Confidant, Yuuki Mishima, events and skills featured in Persona 5.

Mishima will automatically approach the protagonist after school on May 6th and initiate the Moon Arcana Confidant. After completing associated requests, the protagonist can meet Mishima during the evening to progress the Confidant. Mishima can initially be found on the central street of Shibuya during the evenings, though eventually moves to Shinjuku and Akihabara as the areas become available. Having a matching Persona of the Moon Arcana will increase the point reward given during dialogue options, however, it is not necessary and will not advance the Confidant ranks any faster. There will be no text notice given regarding having a matching Persona.

Mishima's requests must be completed in Mementos before he can be met to increase the Confidant's rank.

Retrieved from "https://megamitensei.fandom.com/wiki/Confidant/Yuuki_Mishima?oldid=364313"
Community content is available under CC-BY-SA unless otherwise noted.