Start a Wiki
"I guess people can't live without de sacrifices of others, ja? If dat's true, I'd like to do something in return..."
—Cielo, Digital Devil Saga 2

Cielo is a character from the Digital Devil Saga series.

He’s very cheerful, though tends to act foolish, which eases tensions among the group. He also has a friendly rivalry with Gale, casting him as the straight man to his antics. Cielo is grateful to Sera for saving his life when Gale lost control and went on a rampage. As such, he wishes to protect her. He is very protective of his friends and dislikes those who take their friendships for granted. 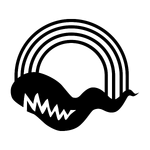 Another key member of the Embryon. Cielo’s "Rainbow Arch" Atma distinguishes his transformation into Dyaus. He also has a very strong Jamaican accent (which only becomes evident after he gains emotions).

As a human, he uses a sub-machine gun. As Dyaus, he is strong against electric attacks but weak against ailment attacks. He starts with superior Agility and Luck at the cost of his Strength and Vitality. Over the course of the game, his Magic becomes his most powerful stat.

Cielo was present at the incident at Ground Zero and was one of those who received Atma Brands. During the visit/assault on Svadhisthana, he was left behind with Gale in Muladhara to guard Sera. At this time, Gale lost control of Vayu and attacked him. Cielo was unable to repel the attack until Sera calmed Vayu down.

Later, Cielo was left again at Muladhara during the attack on Anahata. The attack, however, was a tactical disaster, leaving Muladhara somewhat unprotected against attack by Anahata's forces. Sera was taken from Cielo, and he was left alive in the Command Room in order to draw the Embryon tribe forces to the ruined castle at Coordinate 136.

Gale immediately drew plans to invade Coordinate 136, but left Cielo out of them because of the extensive wounds he had received during Muladhara's defense. Cielo had his emotions awakened by the desire to redeem himself of his failure to protect Sera. However, imprisoned in Muladhara, there was little he could do, until Schrödinger mysteriously appeared inside his room and allowed him to distract the guard so he could escape.

Changing into his Atma Avatar Dyaus, he flew to Coordinate 136, where he used his lasers to slice a wing off Bat, and later provided information about the Deserted Ship to his comrades.

He continued to loyally serve the Embryon tribe until the ascent and ultimate destruction of the Karma Temple.

At the beginning of the game, Cielo was "captured" by the Lokapala, and used as a bargaining chip for the Embryon's tribe. Later, he rejoins the party with Roland.

It is revealed during the course of the story that Cielo was an early shaman candidate, similar to Sera but had perished from the experiments.[1] It is mentioned that the original Cielo was as easy-going and cheerful as his AI counterpart.

While Serph and Sera are travelling to the HARRP Facility by plane, he sacrifices himself to destroy three pursuing jet fighters. His data ascends to the sun, where he reunites with Seraph to fight one last battle. Because he never reaches enlightenment, he is reincarnated.

In Persona 3, there exists a soft drink called Cielo Mist. The item's description notes that it is a beverage from Jamaica, referencing Cielo's Jamaican accent in the English voice over for the Digital Devil Saga series.

"Who decided you had to devour to survive, eh bro? Dese people aren't eating people, but it's still life, isn't it? Plants are okay? So if you're eating a different kind of life, that makes it okay?"
—in the Underground City, after the first encounter with Jenna Angel

His name is Spanish for 'sky' or 'heaven' no doubt in reference to Dyaus being the only playable character with actual flight abilities.﻿

Retrieved from "https://megamitensei.fandom.com/wiki/Cielo?oldid=247316"
Community content is available under CC-BY-SA unless otherwise noted.