In the Digital Devil Saga series, Atma (アートマ, Aatoma)? is the mystical virus that grants an affected human the ability to transform into a demonic Atma Avatar. All Atma Avatars save for Camazotz and Cerberus are based on Hindu deities.

A human imbued with Atma manifests an Atma Brand (アートマシンボル, Aatoma shinboru)? related to their Avatar form; when the person takes on their Avatar form, the Brand glows and veins shoot out from it across the person's body. All humans in the Junkyard were imbued with Atma after the mysterious egg at Ground Zero hatched. At least two individuals (Heat and Roland) demonstrate an additional Atma-related power even in human form: Heat can generate small explosions, while Roland can generate and channel large amounts of energy. Most Atma Avatars when they transform lack eyes and could have one or more large mouths with sharp teeth.

A person infected with the virus can quickly learn how to invoke and reverse the transformation at will. However, the power of Atma comes at a price: Atma avatars are driven to consume one another, apparently for the high levels of magnetite contained in human and demonic bodies. If the hunger is resisted, the person grows weak. Too long without consuming another results in the avatar going berserk: a permanent change to demon form combined with an uncontrollable bloodlust.

It is mentioned Jenna Angel created Atma from corrupt Solar Noise; also, it is stated traces of demonic data are routinely emitted by the Sun, but are normally harmlessly dissipated with no consequence. However, with the advent of the Black Sun phenomena, the Solar Noise changed, allowing for the creation of the virus.

Sera's "Prayer" song enables all Atmas who hear it to resist their hunger without losing control, and can even calm a berserking avatar if she gets to it soon enough. However, there are cases in which the Atma Avatar has reached a frenzied level in which nothing can stop them save for the peace of death.

Those infected with Atma are immune to Cuvier Syndrome and can be exposed to the Black Sun with no ill effects, though they are affected by Solar Noise. During high-Noise periods, the transformation becomes more difficult to control, which can result in involuntary partial transformations. This half-demon form is called the Berserk form, though it is not permanent like the berserk state of those who are lost to the Atma Avatar's hunger.

The Atma manifests a persons "true self" and if the person changes or consumes certain demons, an Atma Avatar can likewise change. No only that, but these demonic true forms can overwrite their original human half, such as the case with the Four Archangels and Metatron, or cause a identity crisis like in the case of an ex-Solids member who can't decide between being Cu Chulainn or his original human form.

Player characters in the series learn new skills from their Mantras by gaining Atma Points (AP) after victory in battle, and using Hunt skills to maximize the amount of Atma Points they gain from the slain enemies.

The Ache ailment, however, appears in certain cases after devouring the enemy, preventing the afflicted party from gaining Atma Points and at times hindering the gameplay. The protagonists do not gain AP from human or mechanical foes, nor from enemies they don't devour during or after battle, such as certain bosses like Bat.

Atmas are categorized into two tiers: High Atma (アートマ, Hai Aatoma)? and Lesser Atma (アートマ, Komon Aatoma)?. Each High Atma is unique to an individual and usually stronger than Lesser Atma. Lesser Atma is shared by multiple people. The shapes of the brands of High Atmas are also more elaborate than the weaker tier. As shown with Mick the Slug eating Bat, it is possible for Avatar Tuners to eat another to inherit their powers and memories.

The infected usually transform when their instinctive reflexes sense hostiles. After getting accustomed to it, it is possible to transform by concentrating the Mantra Om Mani Padme Hum without the presence of enemies.

Being overwhelmed by the hunger results in body parts gradually liquifying into black, sticky tar unless the individual promptly consumes some flesh. Certain demons like Hayagriva can eat the tar. Droplets of Sera's blood can alleviate the hunger, which the Embryon puts into capsules for situations where they can't reach her.

Later, they find out that in order to alleviate the hunger, they can also eat normal humans. 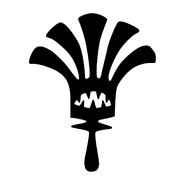 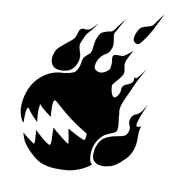 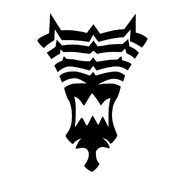 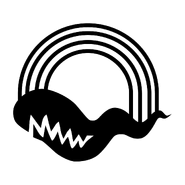 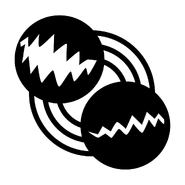 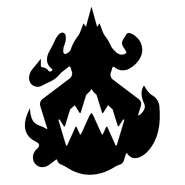 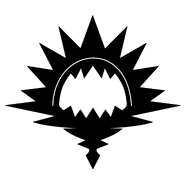 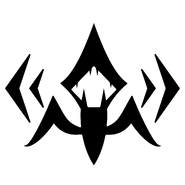 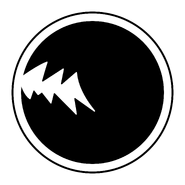 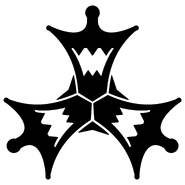 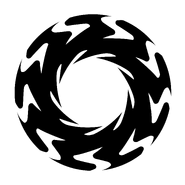 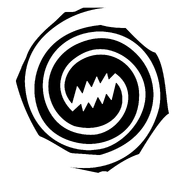