Adam is an enemy in Shin Megami Tensei NINE.

Adam is an immortal human created by God that appeared in the Book of Genesis in the Hebrew Bible. He was the first man created by God, and for a short time he lived alone. Adam was said to have been created by God out of the dust from the ground, and had life breathed into his nostrils, causing him to become a living soul. He arrived on the planet with no childhood, no parents, no family and no friends.

It was Adam's loneliness that moved God to present him with a female companion, Eve (or Lilith). Before God created a companion, he had given Adam the Garden of Eden. It was his to enjoy, but he also had the full responsibility of taking care of it. Adam knew that one tree was off limits, the Tree of Knowledge. Adam was then tasked with naming every single animal in the garden, down to the last organism.

When Eve offered the fruit to Adam, the fate of the world was on his shoulders. As they ate the fruit in that one act of rebellion, man's independence and disobedience separated him from God. God calls out to Adam using a rhetorical question that is designed to prompt him to consider his wrongdoing. Adam explains that he hid out of fear because he realized his nakedness. This is followed by two more rhetorical questions designed to show awareness of a defiance of God's command. Adam then points to Eve as the real offender, then accuses God for the tragedy.

After a series of accusations occurs, God initiates judgement on all culprits involved. A judgement oracle and the nature of the crime is first laid upon the serpent, Eve and finally, Adam. In Adam's punishment, God curses the ground from which he came, and he then receives a death oracle. After the expulsion, Adam worked hard to acquire food for the first time. He bore several sons and daughters with Eve, who would later populate the planet. Among the three most well known of their children were Cain, Abel and Seth.

Adam, alongside Eve, is faced as random encounters in Paradise. The protagonist cannot escape from the battles with these two. Defeating Adam earns a Jewel. 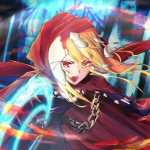 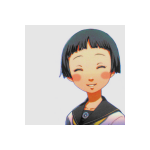