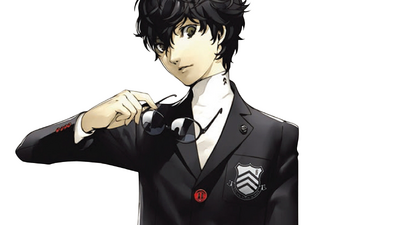 ...You are held captive. A prisoner of fate to a future that has been sealed in advance. This is truly an unjust game... Your chances of winning are almost none. But if my voice is reaching you, there may yet be a possibility open to you... ...I beg you. Please overcome this game... and save the... 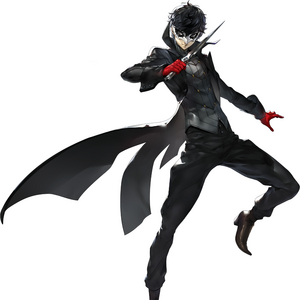 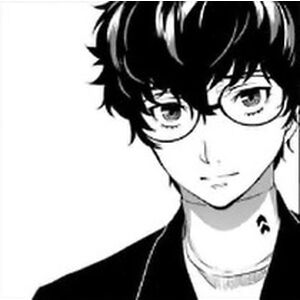 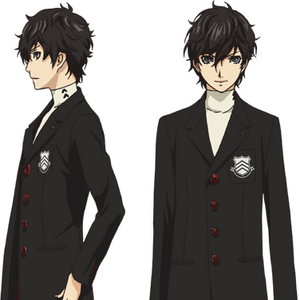 I want to know about the signature colors of the Persona 5 character. What I know so far is:

Can you help me?

So I've been watching an Anime Called Fairy Ramamu, It's a Magical Boy Anime and I Really do like it but one thing strikes me a bit.

The Characters motives are Very Similar to the Phantom Theives of Hearts. 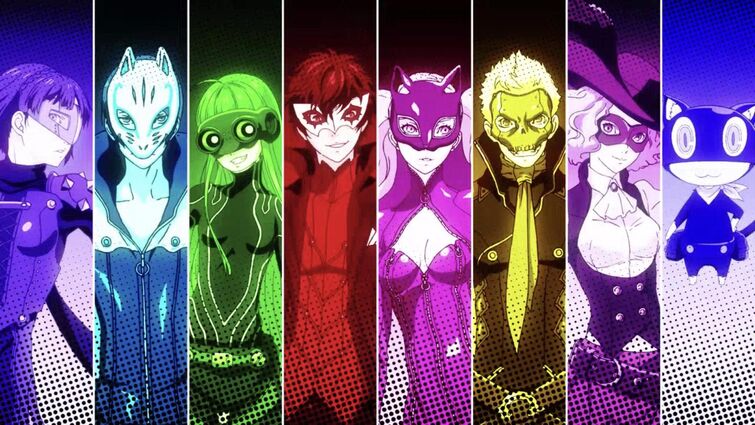 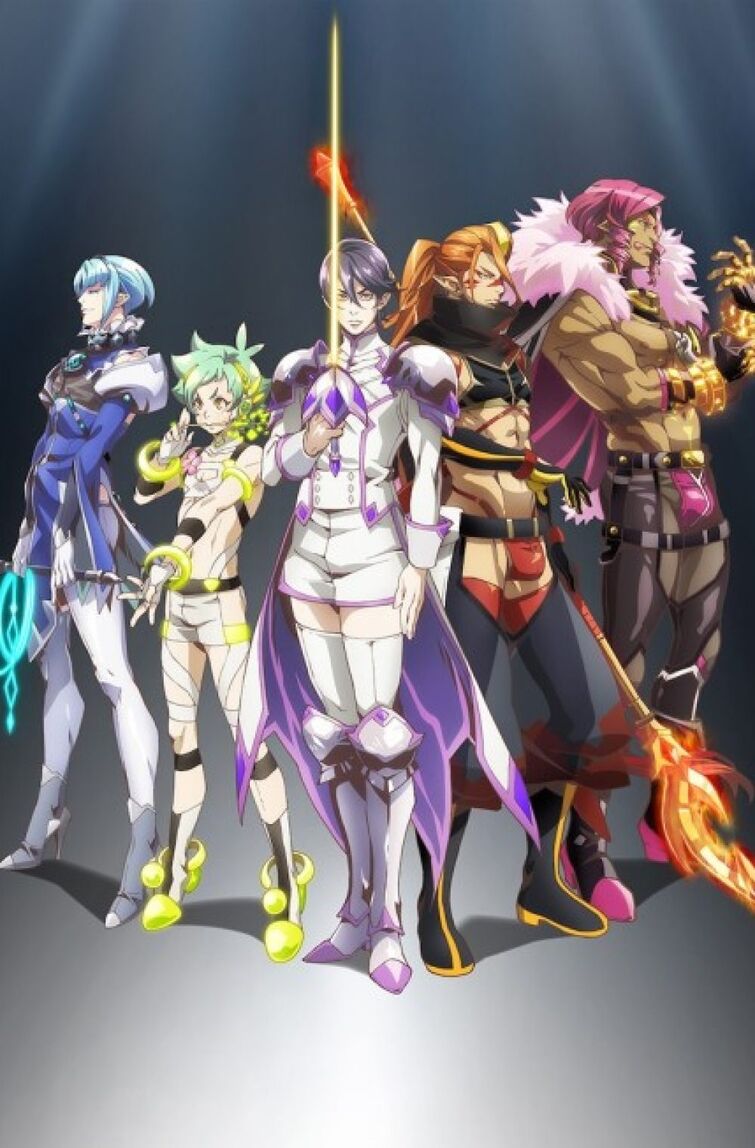 Like They Both have One Goal when it comes to The Heart, the Phantom Theives change it while These Guys Seem to go after these "Attachments" and Save them, the blue Character said in the First Episode: SPOILER WARNING!

That an "Attachment" is When the Heart and "Moved" by Something, like that feeling you get in your heart like when someone's words Touch you hard. At least that's what I Think.

But I can't just see a Battle go on with these too.

But I don't know who will win.

I would go for the Phantom Theives but just to say it's very Slim, they just might be able to Partner up in a Crossover I guess.

Also To me the main character, Ai Ramamu,

The Guy that's in the middle, with his hair style, looks Strikingly Similar to the P1 Protagonists.

If you know what I mean.

I think I figured out most of the couples of the series.

These are the only ones I've figured out so far. 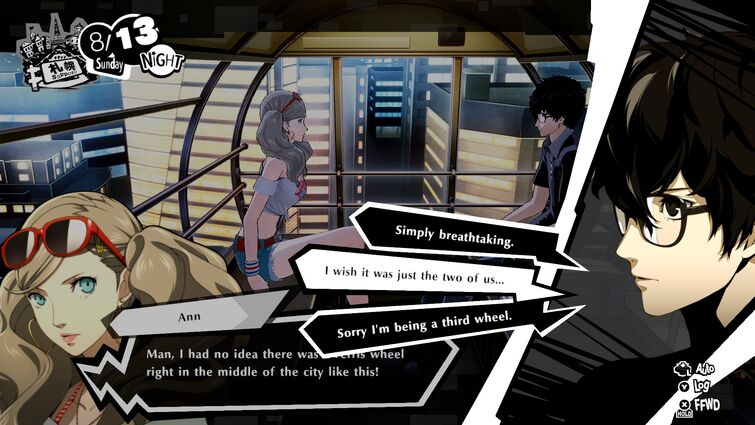 Ann is my Favorite P5R/P5S girlfriend to pair Ren with unfortunately for their Ferris wheel date they have an annoying third wheel. 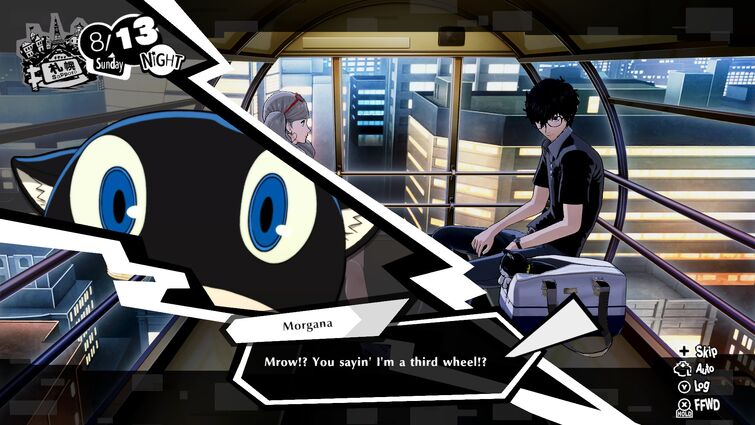 haven't used this fandom in a while heres a meme ig 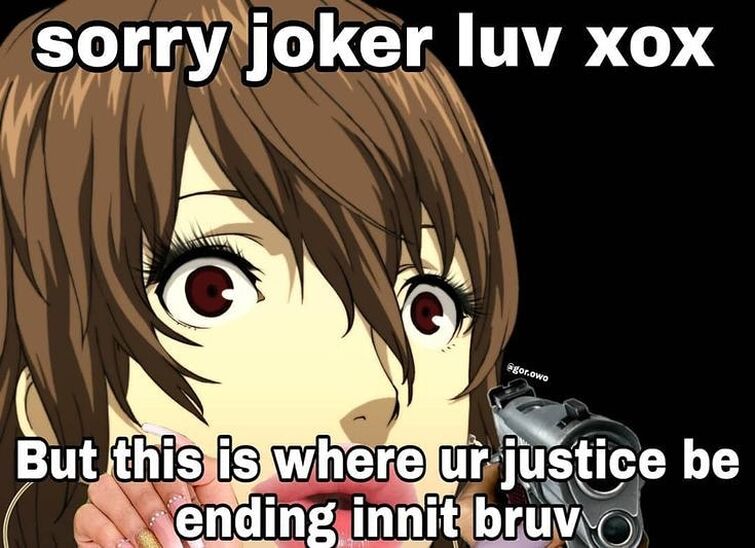 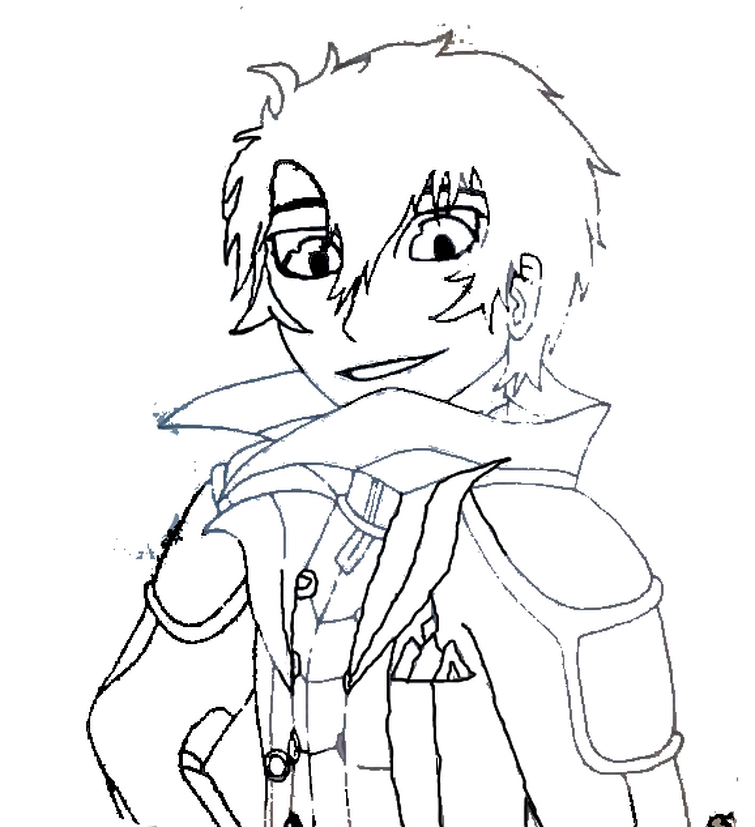 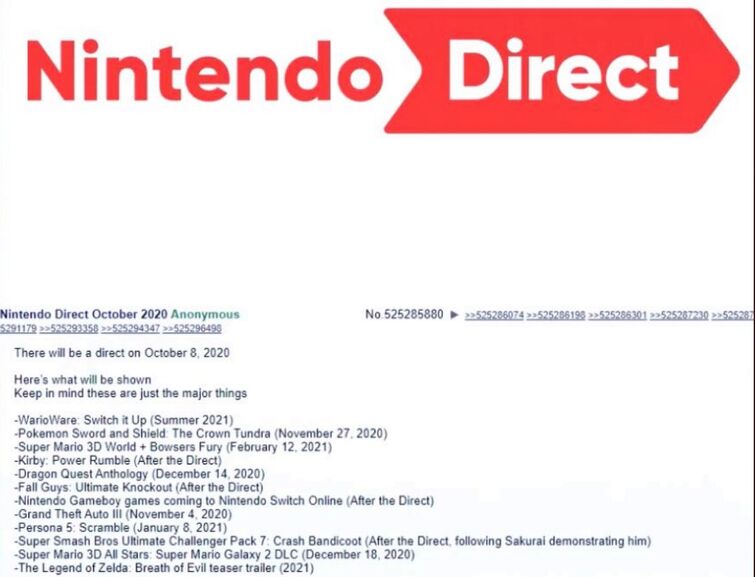 Protagonist (Persona 5)
I already pre-ordered it cuz I'm super exited
I'll buy it when it comes out
meh who needs amiibos
I collect everything persona related
...the clown?

The only character I have left is Arsene, and then I need to do the background and a bit of extra shading on some characters *cough* Haru *cough*, and I'm finished! 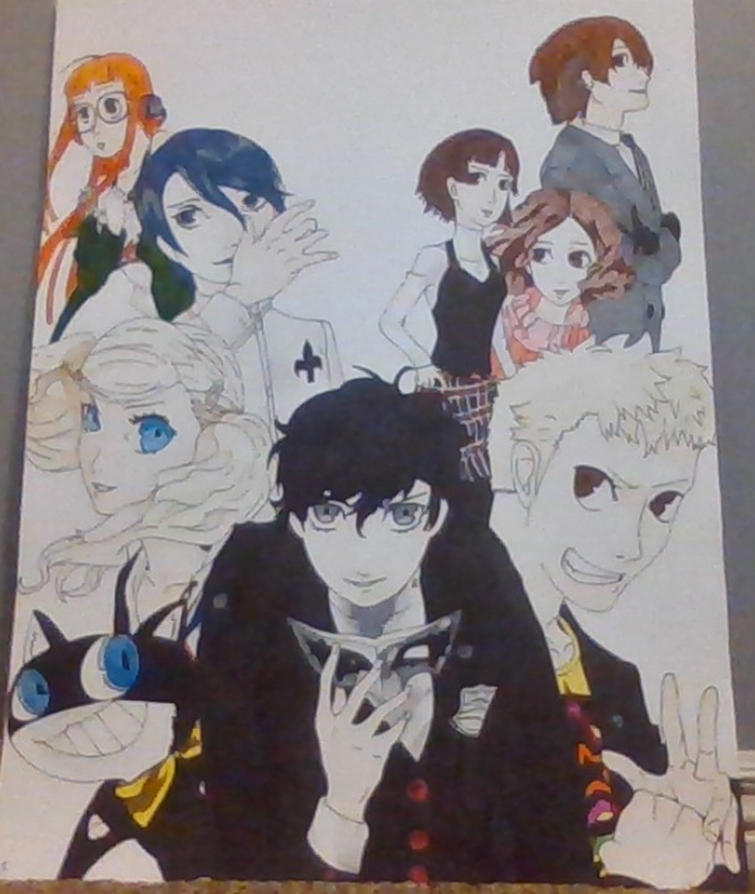