This is just my opinion. Let’s talk about sweet naive Asahi. I thought she should have been more of a kickbutt character. Was definitely disappointed. To me she was whiny, she was not always the best choice in a fight. Plus would she just let Nanashi know she loves him already and not in a sibling way. She’s cute and when the tragedy in the game befalls her, I cried. In the end Toki would have been better suited for Nanashi but you have to choose the best option right?! How do you feel about Asahi? What ending did you go for? 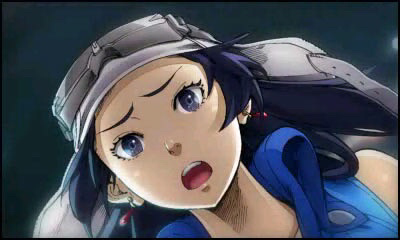 Eh, I really didn't like her, like most of the cast. They felt shallow to me. The characters I did like were Navarre and Gaston, the latter of whom actually had an interesting character arc. I went for the Bonds ending, Dagda's route is way too edgy for me and both chaos and law are essentially joke endings.

I got every ending. In Dagda's I brought back Toki, because she was willing to do anything for Nanashi and in character that would be a good reason to bring her back. I like Ashahi, just not as a love interest for Nanashi.

As a aside. I don't like that you kill YHVH in the bonds route. At least the way I played Nanashi was as a person that believed in god, but didn't want to lose free will. So why would I go kill him? The game felt like it was forcing me to go through one last dungeon and do something my version of Nanashi wouldn't do.

YHVH literally came out of nowhere. The game should've ended with the battle against Vishnu-Flynn. The final dungeon was utter trash and I dropped the game for a while because it just didn't want to end.

I agree. While it does make sense to kill him in the Anarchy route. In Bonds there is no reason to. They probably only tacked it on in Bonds so that it wouldn't make Anarchy seem more cannon.

Why was YHVH even in the game again ?

He didn't really do nothing for the plot, the only thing that happen is that came revelation out nowhere that he was the bad guy and he was making a war between Chaos and Law controling both sides for reasons.

About Asahi, it's was weird, it was liked she didn't belong in there, not only that but even her death was kinda of pointless, if you take her out of the plot things would go the same, half of the cast was basic useless in most of the situations, letting Nanashi and Dadga solving things in they own most of the time