Hi folks, Megaten and Persona's series have a lot of demons but the lack of Brazilian folklore upsets me. This folklore has a lot of good ideias for demons, like Mula Sem Cabeça (Headless Horse), Curupira and Saci. I hope that one day they appear in a game. What do you guys think? What another regional or interesting mith could be used as a character?

(The picture below was taken from a brazilian project called "Guerreiros Folclóricos", and depict Curupira) 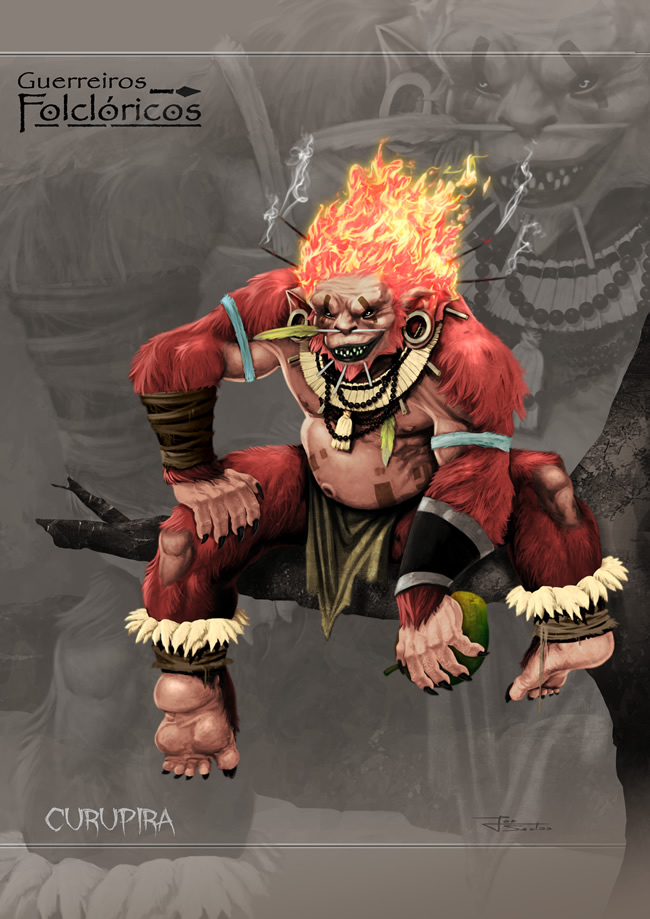 I am peruvian and we only have inti and pachacamac, i would like to see more inka gods in the game :D

I for one would love more demons and gods from lesser known folklore not only would they get cool designs but they would also become more well known.

Good point. The roman and greek ones could have a vacation and let the stage open for new cultures. Of course, the more the merrier. SMT would only grow even more.

Yeah , there's some creatures from here that could easily be demons