Should i ever post videos of the persona 5 cast in identity v? i have all the skins from there, excluding oracle, queen and fox though having futaba, yusuke and makoto.

Me in a nutshell

Asuka: “Here…I’ll show you my real power….Come! MAGATSU IZANAGI!! (Aigis: “I-I thought he was destroyed for good…”) *painfully screaming from going psychotic* (Stone: “Mage, what’s going on?”) Don’t make me laugh!! Justice? Friendship?!? KEEP THAT SHIT TO YOURSELVES! You and your “friends” piss me off!! (Bucky: “She’s the Black Knight!? Then everything including Fenrir’s appearance was a fake!”) (Asuka then crushes her Ace mask) You should’ve burned in that fire, Mage! Now, I’VE GOT TO KILL SOME S.E.E.S!!!! (Namaari: “Sister….”) (Ryu: “That’s not your sister anymore, Swan!”) HahahahaHAHAHAHAHA!!! Now! Let’s see each of you drop dead one at time, in front of your precious friends! (Bucky: “Shit, she’s lost it. Here she comes!”) DIIIIIIIIIIIEEEE!!!!!!!!” 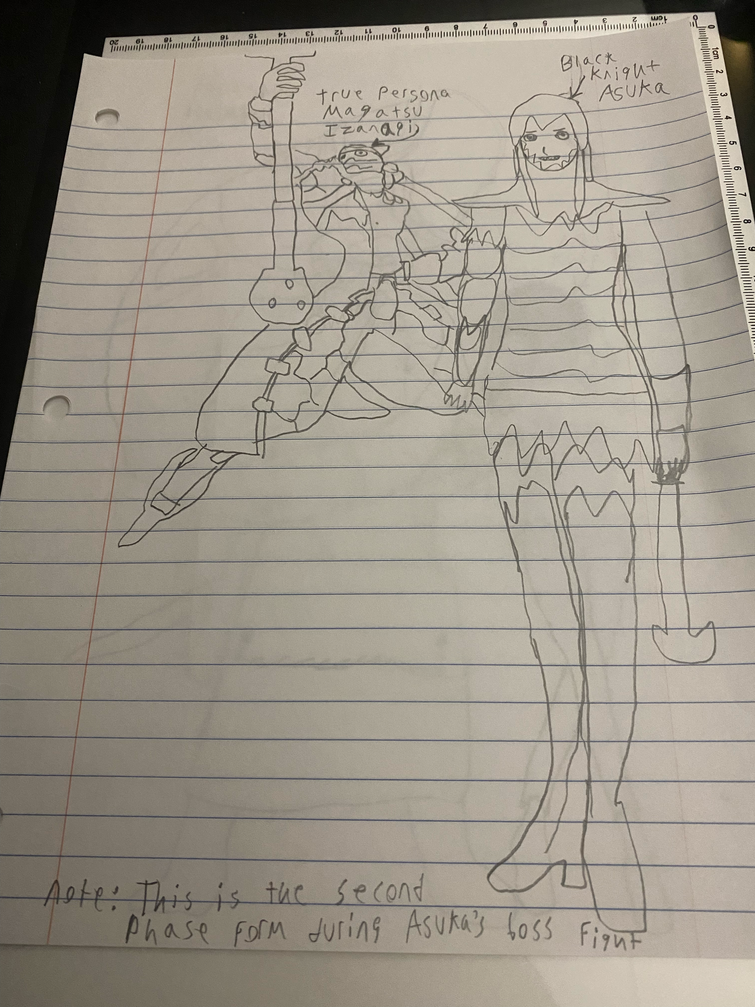 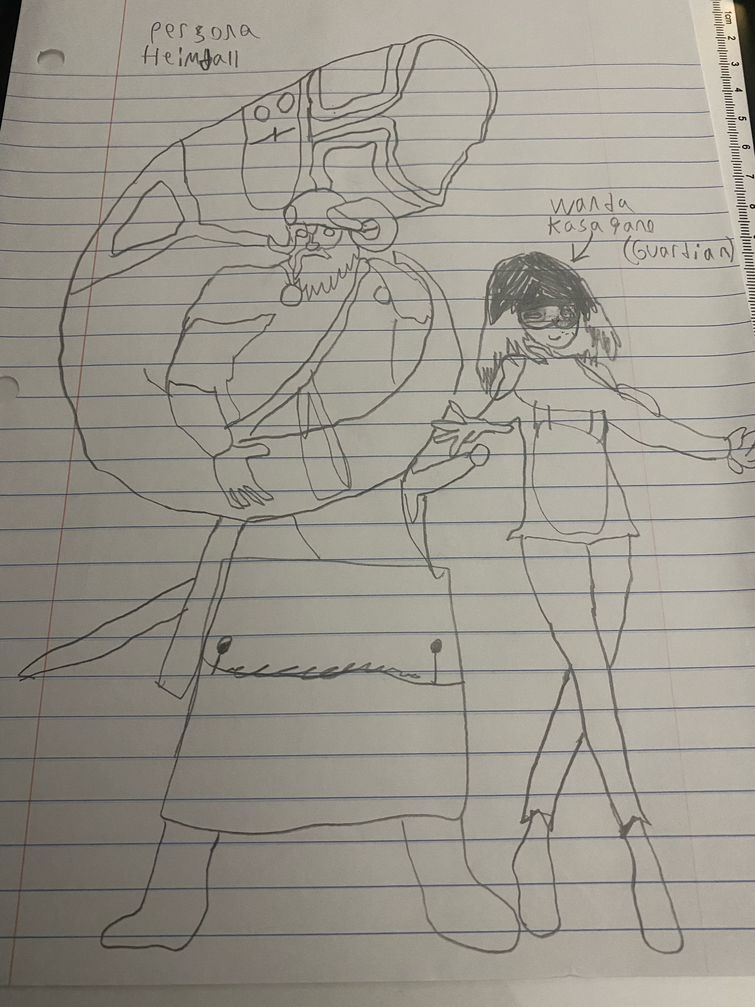 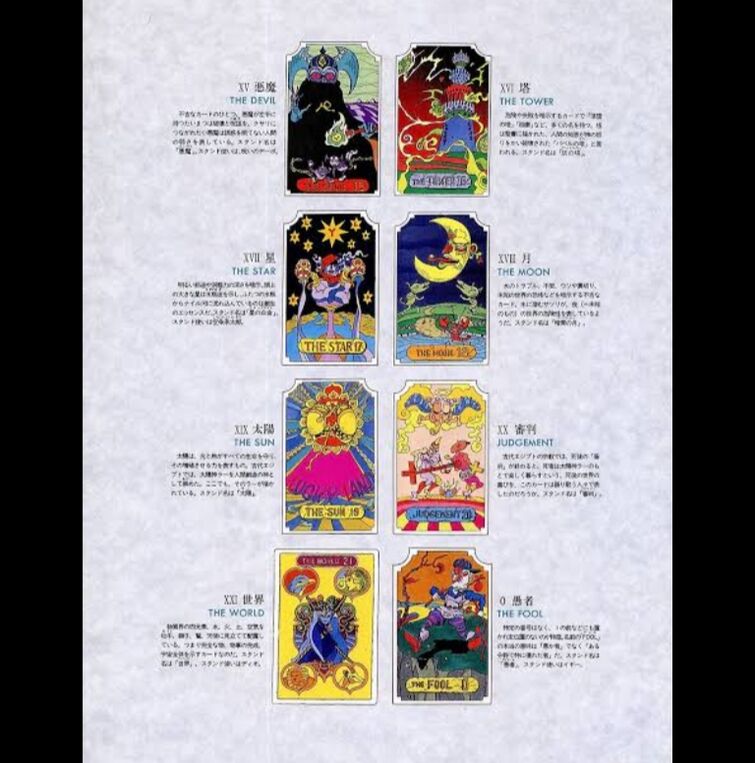 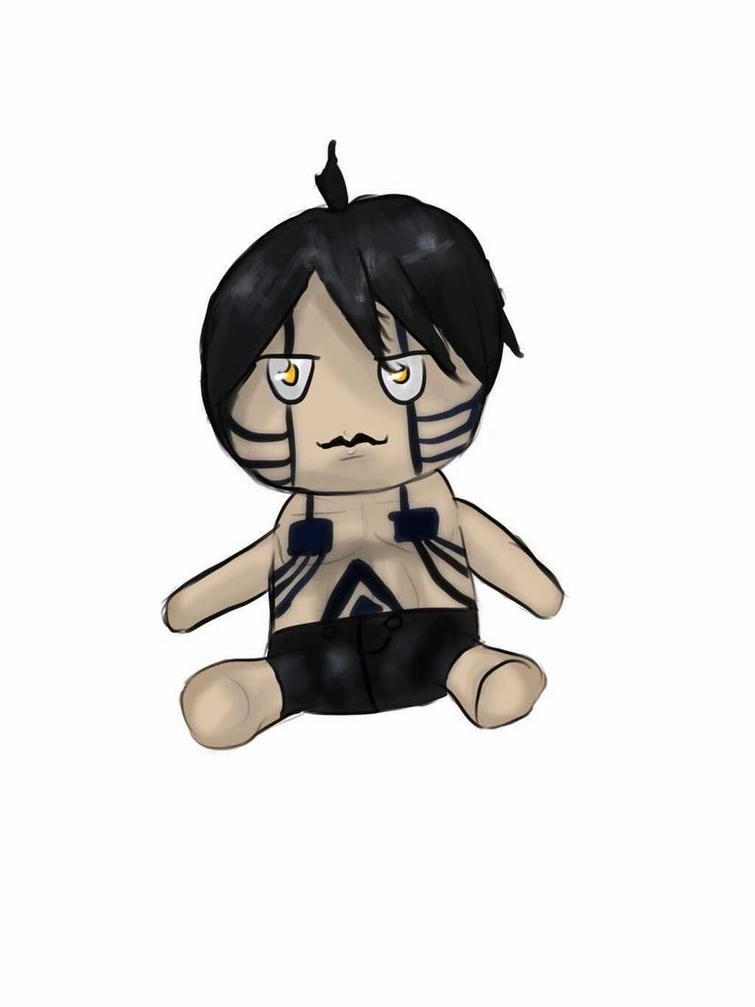 Im not someone who personally likes him but please elaborate on why you dislike him. saying "Hes annoying" or wtv is not valid in this case. also please dont say troll answers. 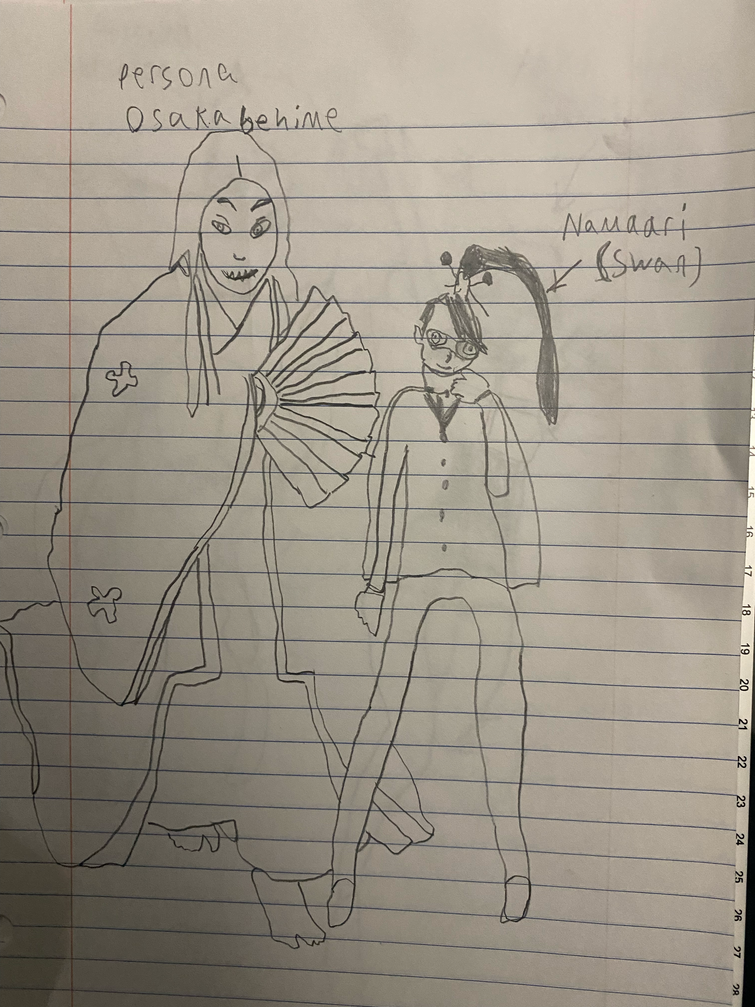 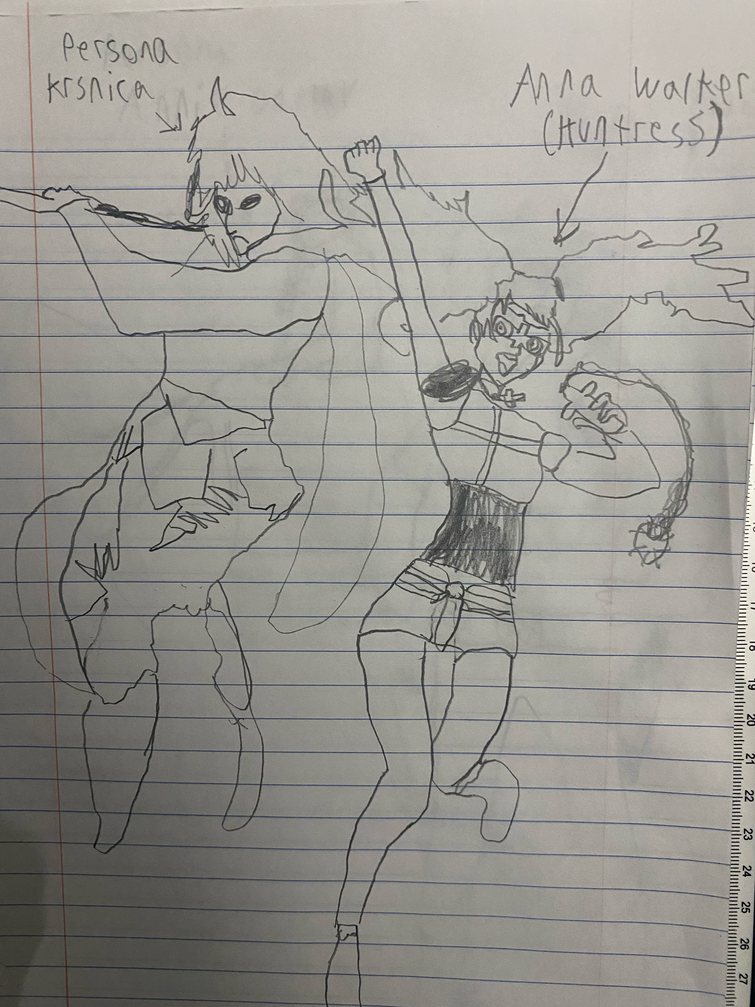 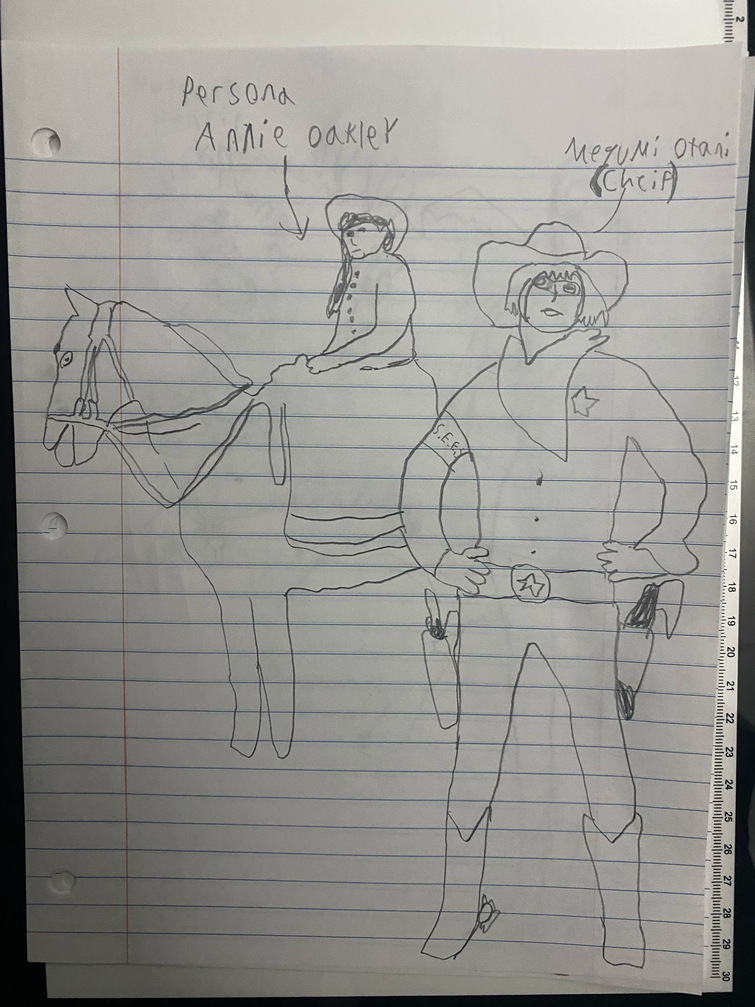 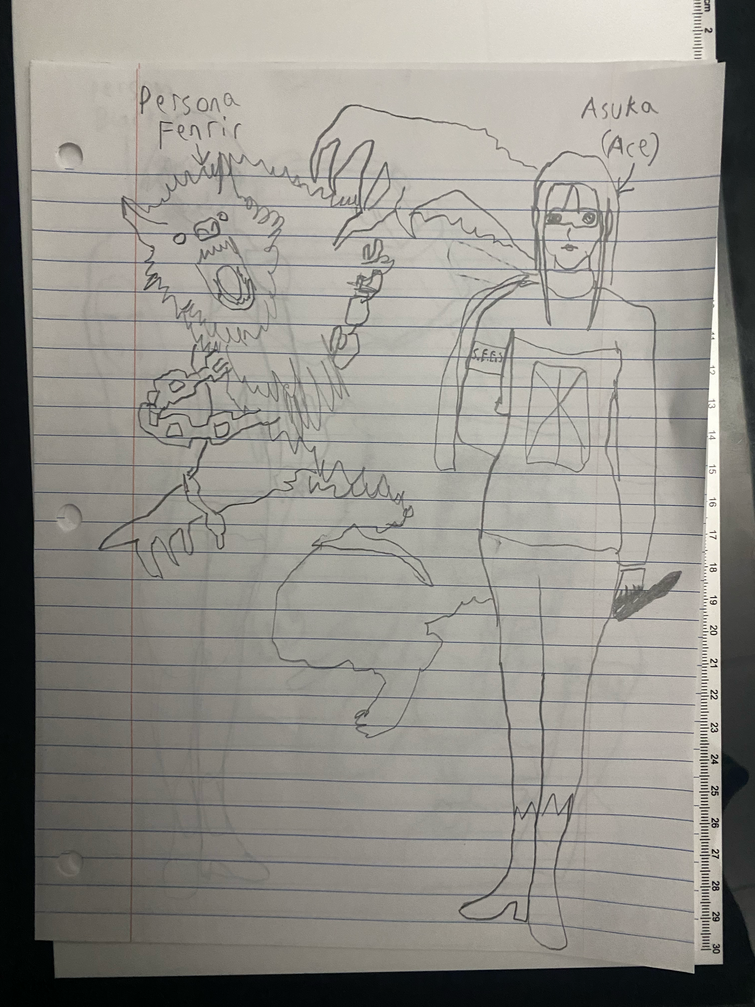 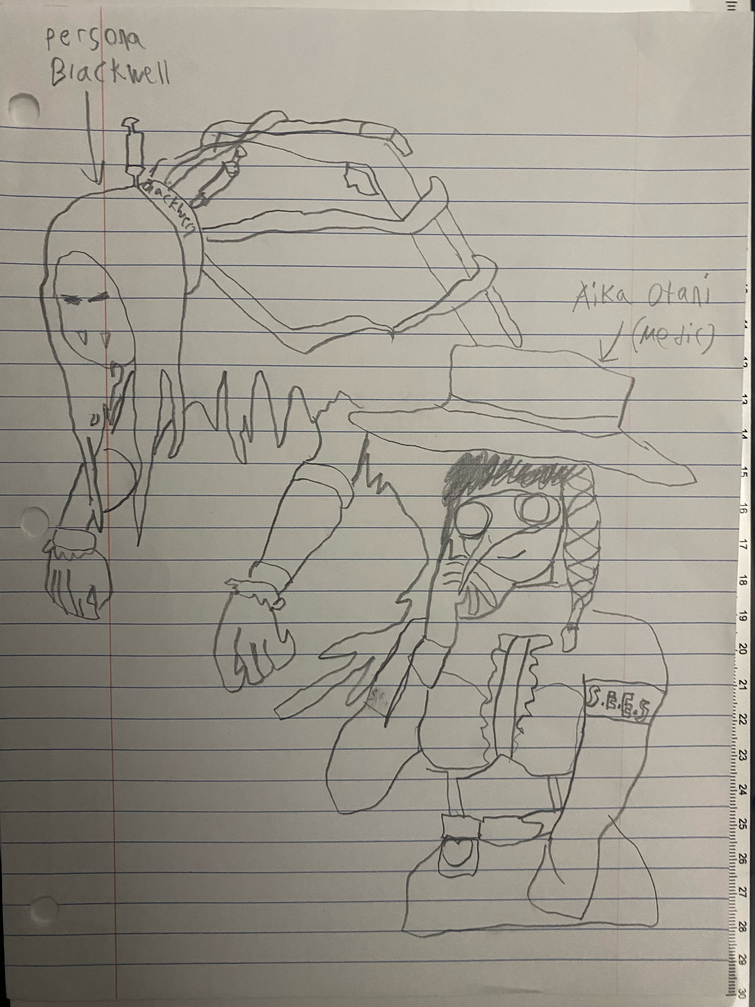 Here are the first two characters in their S.E.E.S suits and their personas, enjoy ❤️😉❤️😉❤️😉❤️😉 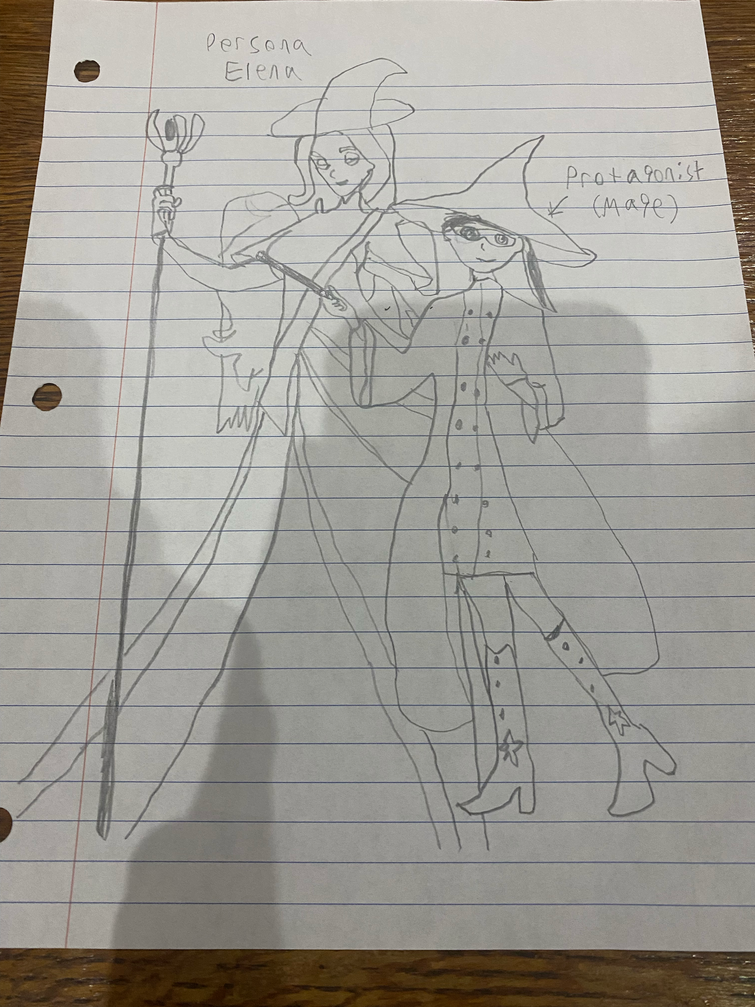 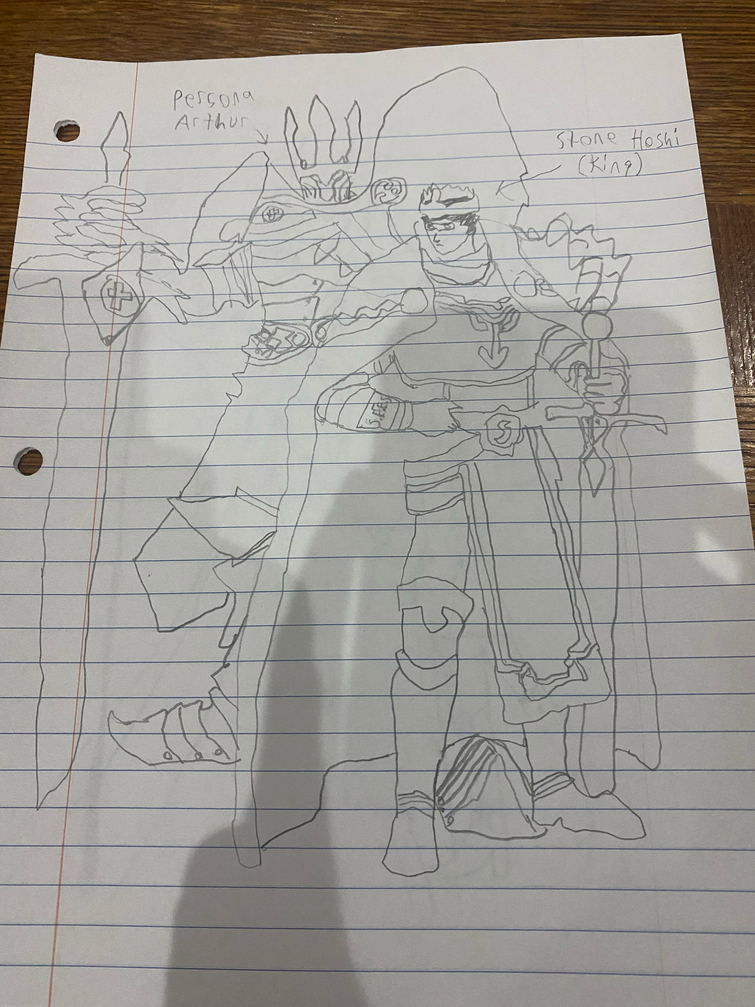 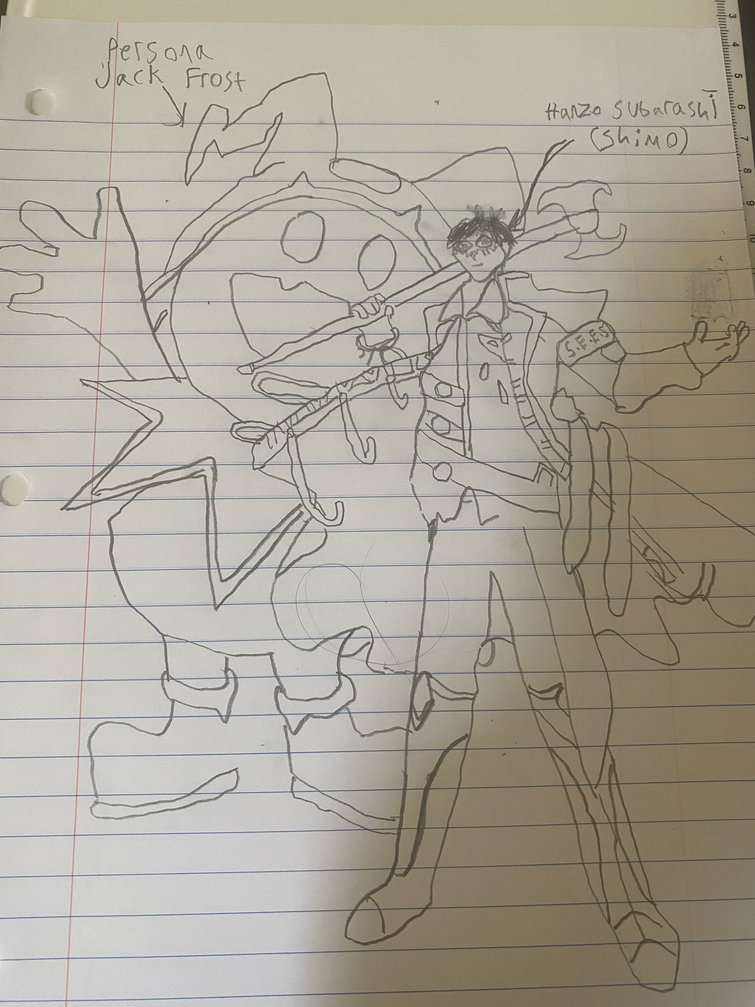 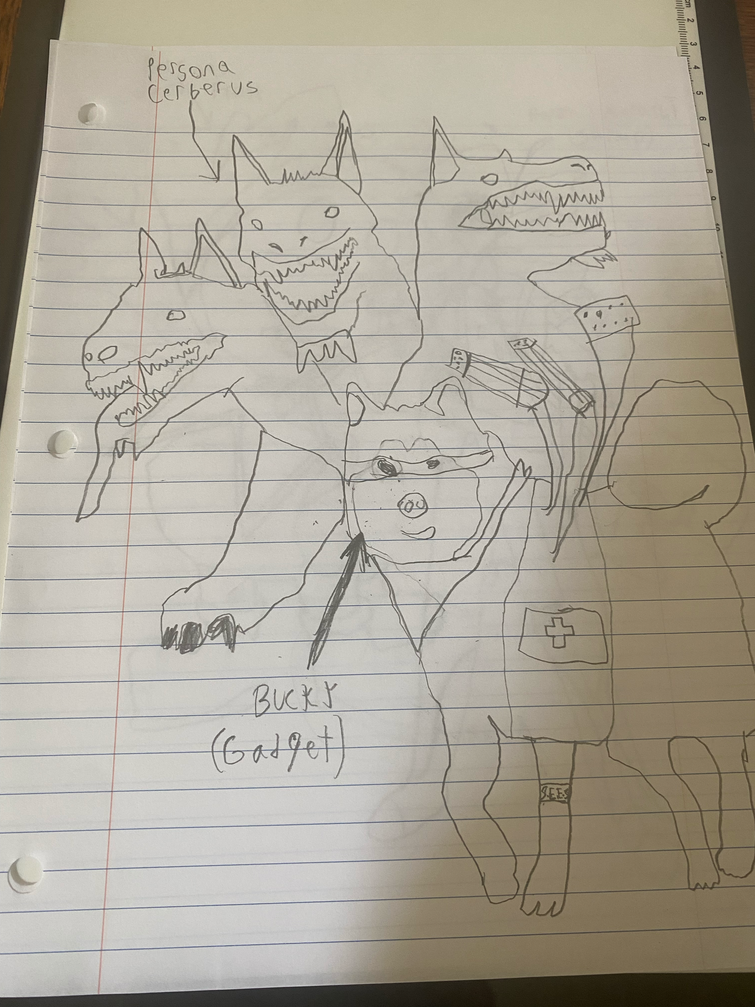 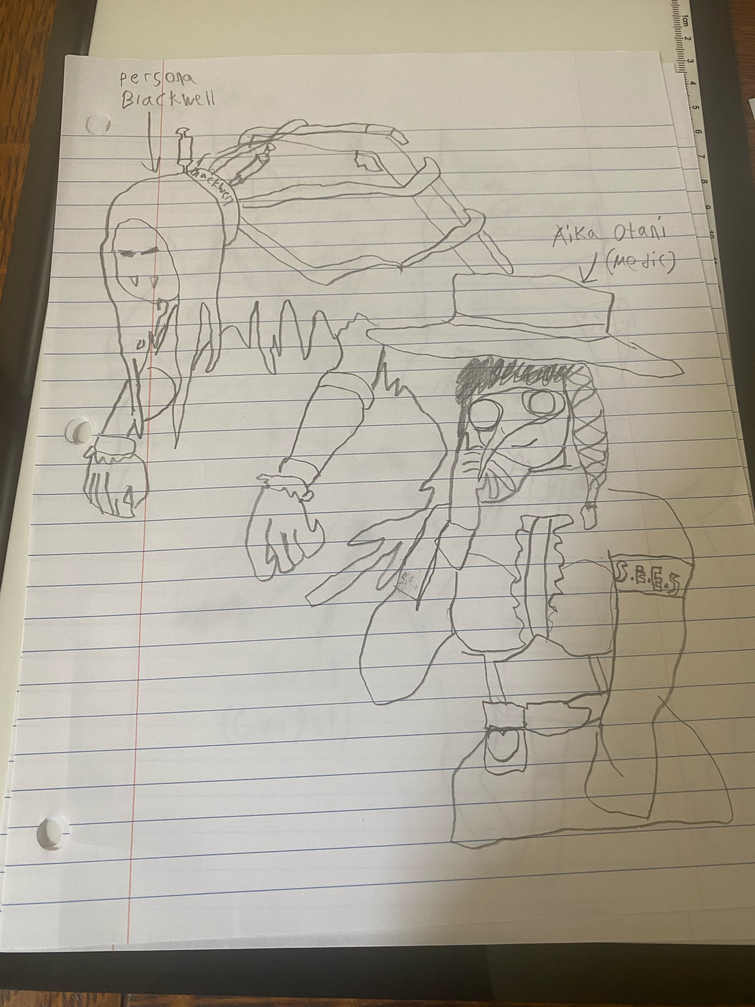 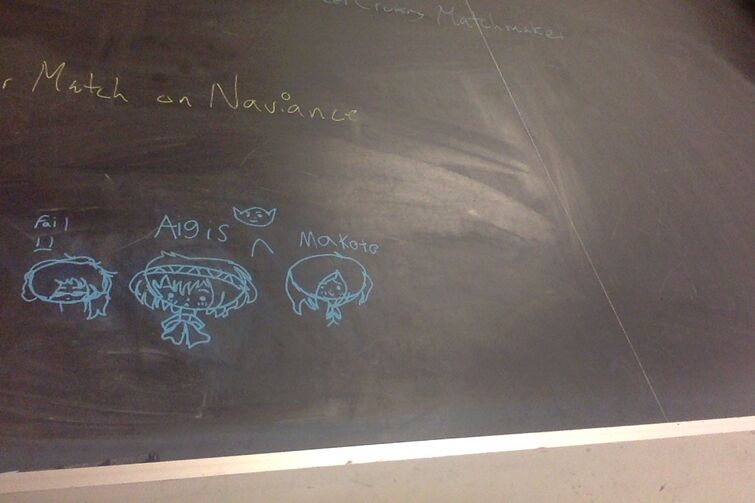 As always these are just random things that come into mind, I may make more of these who knows. 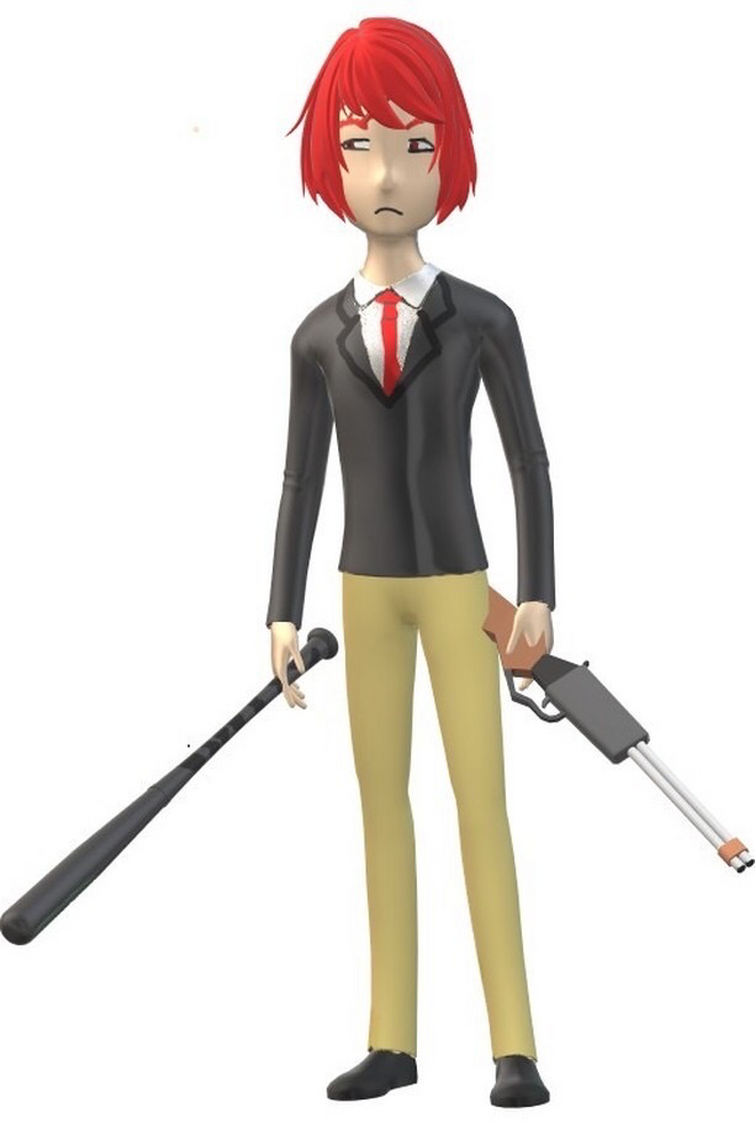 For those who have been reading my Persona F book, then you are most likely aware of Hirozaku “Hiro” Chiba, a character I made as my own attempt at making Persona 6. I’ve decided to give Hiro a bit more detail in 3D and did my best in 3D paint. I’m relatively proud of this and admit that my art skills are not the best but still doable. Can’t manipulate the hands so he’s just holding his rifle and bat awkwardly. Anyway, I really like what I did. What do you think?

Minato/Junpei: When Junpei is still in his "rival mode" it'll basically have Junpei say something like "Stay out of my way", he does something cool but then falls over or something like that and Minato comes in and finishes the job, looking awesome. When he's best friend material, he'll ask Minato to help him, having Minato start off and Junpei finish it off with an actual baseball strike (whatever hitting the baseball with the bat is actually called). Ending off with Minato and Junpei high fiving

Activation: Fight Goes On For Too Long/A party member loses 50% of their health or lower

Minato/Aigis: No clue, probavbly have Minato almost get attacked by an unintelligable object, AIgis shoot hte object and starts shooting at the shadow, Minato ending it off with a swift strike

Yukari/Junpei: Junpei does some Agi move, Yukari uses some garu move, making the fire turn into a fire tornado. It probably ends up coming towards Yuakri and Junpei, having Yukari make fun of him, ending off with a shot of them running away

Yukari/Mitsuru: MARIN KARIN, actually works, so Yukari starts shooting A LOT of arrows(probably showing off her "beauty"), as fast as the arrows, Mitsuru jumps in the air looking super beautiful, and does a barrage with her rapier from above

Activation: an enemy is afflicted with a status ailment

Akihiko/Shinjiro: Akihiko and Shinji both looks supper cool, Shinji standing with one hand in his pocket, another with an axe. Akihiko comes from behind him, looking super cool also. They rush at the enemy, punch it a few times. Shinji hits the shadow up in the air, Akihiko comes from above and punches it right back down Shinji on the ground uses his evoker and uses some skill. Akihiko comes up behind him, uses the evoker and uses the exact same attack. The attack spirals and turns into two wolves and destroys the shadow

Akihiko/Ken(Gains after Shinji's spoiler): Akihiko attacks the shadow with ferocity. Ken Notices and charge thrusts. Probably ending with the shadow on Ken's spear. (Sorry not too many ideas for this one)

Akihiko/Mitsuru: Akihiko says something along the lines of ""Let's show these newbies some moves. Akihiko and Mitsuru then take turns attacking the opponent. Akihiko follows with an uppercut, and the two of them begin stabbing and pummeling the opponent, respectively.

Ken/Koromaru: Super Gattai! Ultimate Cross, finishing with Baptism of light and darkness (for reference these are both attacks in Arena ultimax)

Activation: An enemy is Downed or an enemy is critically injured

Aigis/Koromaru: Something along the lines of them both acting cute, catching the shadow off guard ending with them both attacking.

Activation: an enemy is afflicted with a status ailment, a defense debuff, or if a party member has an attack buff

Narukami/Yosuke: Yosuke asks if his partner is ready, which he of course is. Yosuke goes in and attacks the shadow, Narukami hits it back to Yosuke, they paly pinball wit the shadow for a little while until Narukami uses Izanagi to electrocute his sword ending with a swift strike for both of them replicating their arena poses

Narukami/Naoto: Naoto aggressively fires away at the shadow, each shot missing . Narukami walks behind her and gives her a look, he then jumps in the air until he is directly above the opponent, Narukami proceeds to attack the opponent multiple times, Naoto shoots her last bullet hitting the shadow right in the head

Activation: An enemy is Downed or is critically injured;

Yosuke/Chie: Yosuke says something along the lines of how bad Chie's legs are, she gets mad at him and kicks him into the opponent, creating a shockwave

Activation: The protagonist is dying

Activation: The protagonist is Downed;

Yukiko/Teddie: I have no idea, sorry

Activation: A party member loses 50% of their health or lower;

Kanji/Teddie: They talk about what being a real man is Teddie says something that freaks Kanji out and Kanji running away runs right into the shadow

Sorry if you felt the persona 4 was worse than persona 3, I tried my best